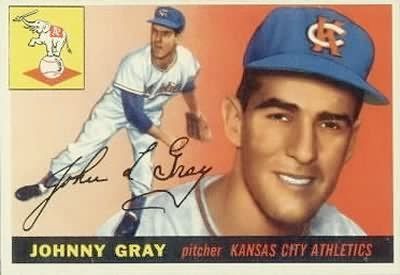 One of baseball history’s losses in May was the death of John Gray at age 87. Despite his short career, Gray is in a select group: men who played for two different Philadelphia franchises (Athletics and Phillies).

Back in 2010, Gray wrote me about his long-forgotten nickname.
Statistics tell only one story. Baseball is nothing without its character.
Or, characters!
If they played baseball, chances are they have stories to tell.
You’ll never know if you never ask. 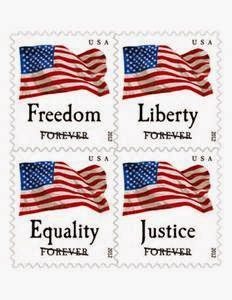 Here’s three patriotic highlights from past editions of the blog.

First, consider Mike Hedlund’s service.
Next, (from 2011) remember how Turk Wendell feels about our country, and how he thanked the troops.
Thank you, readers. Thank you, America!

Some think of Herm Starrette as a 1960s Orioles pitcher. Others recall him as the pitching coach for the 1980 World Champion Philadelphia Phillies.

I think of him as a fighter.
Starrette, now 75, recounted his prostate cancer battle to me in a 2010 letter.
Now, he’s asking for a donation per autograph: $5 minimum for cards and $10 to sign a baseball.
Yes, the money will help offset his mounting medical bills.
According to address list specialist Harvey Meiselman, Starrette has a 97 percent response rate. This is NOT a case of a never-signing-before name saying he’d reconsider autographs if money was added.
If you’ve gotten Starrette to sign before, drop him a note of encouragement. And, while he hasn’t issued a plea for extras, I know that he’s passed out autographed cards to medical staff during his many doctor visits.
Starrette has been giving for years. He seems entitled to ask for support versus his biggest foe yet. Let’s keep him in the game.

When you write to a player, current or retired, consider the guy’s whole career.

Quite often, I get reader questions. “What do I ask someone in a letter?”
My traditional answers are:
1. Make it personal
2. Make it specific
Here’s a #3. Consider being unique.
Even if someone had his “cup of coffee” with a pennant winner, I’m sure other fans and collectors have noted the novelty of this.
Have you looked at this person’s minor league stats?
A so-so major leaguer could have been a AAA star. One of those AAAA players, better than any of the competition.
It’s helped me to reference Iowa minor leaguers. I’ve seen my share of minor league games here. When the world was agog over Cubs rookie Mark Prior, I chose to write him about his two dazzling outings with the Iowa Cubs. I saw the latter, watching Chicago general manager Jim Hendry from his skybox. After each strikeout, the GM’s eyes grew bigger and his smile wider. I told him about seeing the visiting team lined up at the dugout railing, watching not as rivals, but as fans.
Yes, I got a great response in record time.
Sure, anyone would trade time in the majors for the minors. But knowing that one day in the bigs is only part of someone’s story. That’s the kind of letter I’d like receiving.

Here’s news, plus a request:

First, I hope you’ll cheer with me for a new edition of an AAGPBL book by my wife Diana Star Helmer. I get to co-author on this revised edition of the title.
The 1992 book was entitled Belles of the Ballpark. This updated edition will look at all the things the later movie A League of Their Own did and DID NOT accomplish. Interviews with Casey Candaele and the late Woody English (an AAGPBL coach) will be part of the added package. Best of all, this is the chance to tell the complete story of two women who salvaged the league’s disappearing history in the 1980s.
The book releases this fall from Summer Game Books.
As I wrote earlier, the AAGPBL veterans were thrilled to autograph Diana’s copy of her book, referencing the specific page she mentioned each one on. While corresponding with the remaining alums this summer, I’ll share what they have to say about TTM autographs.
Meanwhile, readers, any tips on great girls leaguers who’ve signed for you would be much appreciated.
These women played a Red Cross benefit game at Wrigley Field in 1943 using portable lights. That was the first-ever game at night in the Friendly Confines.The 1988 night game at Wrigley simply became the first Major League game under lights. History with an asterisk. You should have heard the flustered Cubs PR guy on the phone that year when I told him about the press clippings confirming the prior event. “We can neither confirm nor deny…GARGLE GARGLE GULP!”
The AAGPBL history-makers have many untold stories. Diana and I want to share more of their classic tales, allowing these fine ladies to tip their caps one more time.