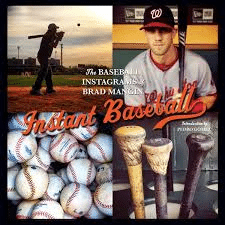 Applause to Harvey Meiselman, who just forwarded news of two baseball retirees now charging for signing through the mail.

Rocky Colavito wants $55 per autograph! Sure, www.sportscollectors.net has just two FREE responses logged in the last decade-plus. He hasn’t cared for fan mail for years.

Colavito’s pricelist/list states that a portion of proceeds will go to his church, builders of a recent school and gymnasium. Hmmm…how big is this portion?

I’m still reeling over the extra fees imposed for inscriptions or special items ($170 for a Hartland statue, for instance). I’m steering clear of this “deal.”

The contrasting news about Darren Daulton’s $15 per TTM signature fee was less jolting. Daulton is facing a dire health forecast, dealing with a malignant brain tumor. I could envision him liking help with his mail, considering his condition.

However, the idea of Daulton costing is a shock to collectors watching the SCN site. He’s responded more than 400 times, good for 90 percent of all attempts.

My problem with this change is that even Daulton’s website says he’ll be resting at his Florida home, far from the agent’s Pennsylvania address.

Nonetheless, if you’re interested, gets more details first from Todd Schafer at Under The Radar Sports Promotions. Contact  sales@undertheradarsports.net.

Dick Gray, the man who hit the first-ever homer for the L.A. Dodgers, has died at age 81.

The ever-impressive www.sportscollectors.net noted that Gray never disappointed. He was a perfect 63-for-63.

The most common notation from collectors? Gray would add a “thanks for writing” note. Answering questions, adding requested personalizations — Gray did it all.

Hobby heroes are still out there ready to sign, but they won’t last long.

New Cub George Mitterwald stole the show early with his new team in 1974.

Check out the power-hitting highlights from the fine folks at www.Retrosheet.org. Three home runs and eight RBI in one game only begins to tell the story. Mitterwald recalled:

“My three homer, one double and eight RBI game was so memorable it is and was really hard to explain. It was only my fifth home game with the Cubs, and needless to say, a good start with a new ball club. I got at least eight standing ovations during the day. That was fun, also.”

This was an epic, fun letter from a player worth remembering. Thanks, G.M.!