I moved.
The United States Post Office took 10 days before deciding to forward my mail. (This isn’t counting the lost change of address card I mailed in almost two weeks earlier.)
We all know someone who has received an autograph response more than a year after sending a letter. Some players are known for saving fan mail to answer in the off-season. Or, retired players like Barry Zito announced that they had saved fan mail throughout their career to be signed only after they finished playing. Therefore, a fan might wait several years for a response. 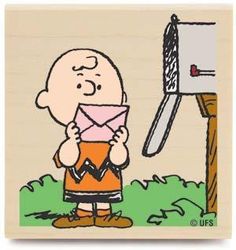 Well, the Post office will foward first class mail for only 30 days after you move.
Instead of imagining all those autographs disappearing ino a black hole, check out the new service the USPS offers.
For $19.95, the Post Office will give you a six-month forwarding extension. For $29.95, you can get a 12-month extension. Or, pay $39.95 for an 18-month extension.
You may never hear from a fussy non-signer, even after allowing all the extra forwarding time. Chances are, you might not get $39.95 worth of autograph returns in the next 18 months.
However, you can buy peace of mind. You gave those non-signers as much time as possible to respond.
Or, is it a better deal to look ahead, and invest those same dollars in more stamps for more TTM attempts?

You make the call.

Here’s a memory I shared back in 2011. It’s a story worth telling, again and again. Have you ever sent an extra card when asking for an autograph? Here’s an example of what your gift might inspire.

Imagine a baseball Hall of Famer sauntering through an airport concourse or hotel lobby. He’s friendly. Not just when someone recognizes him and asks for an autograph.

He greets strangers. Then, he opens his sport coat. From the breast pocket, he produces a Perez-Steele postcard, a Hall of Fame plaque postcard, or a vintage 1950s Topps card.

When a young girl in a wheelchair approached the table, having just an index card, Mize said, “Just a minute.”

He slowly, gently lowered himself (on two new surgically-repaired knees) to be at eye level with the young fan. “I want you to have this.” Out came a 1952 Topps card. No. Not a reprint. This was the real thing from the real “Big Cat.”

“Sometimes, someone sends me an extra,” Mize shrugged. “I share them.”

Mize said he liked to seek out “special” children or men and women in uniform. “I know what that’s like,” he said of his World War II service.

I nodded slowly, preparing myself for the possible bombshell. It came. Boy, did it ever!

“He showed up in a jogging suit wearing headphones. He wouldn’t talk with the people. .In my day, he couldn’t carry my jockey strap.”

I was saddened that more people didn’t bother to spend a moment with Mize. The show was lightly attended. He would have talked to anyone, not just paying holders of autograph tickets. I believe collectors thought he’d be at more hobby shows in the future. They had gotten his signature before.

He was easy to get by mail. Mize had started asking for a small donation for his local Georgia boy scout troop. (Previously, the boys had to sell Vidalia onions door-to-door to raise money for community projects, he explained.)

Still, he was a bargain. (I believe his initial fee by mail was $2 per autograph). To the end, he could produce a signature that matched his 1952 Topps to the letter. I saw him do it again and again.

Everyone got a small, sincere smile and a noble nod with their autograph. In fact, collectors got thanked by the man himself.

P.S. – While I’ll never recreate in words the sweet sound of a conversation with Johnny Mize, the next best thing is hearing his humble, sincere Hall of Fame speech in 1981.

Applause to the Facebook site “Baseball TTM Autographs” and collector Ryan Hilliard. They reminded us of one shocking but needed fact. Current and former major leaguers are human, too.

Caleb Joseph has been a part of baseball autograph lore since 2015. The Orioles and the White Sox played a makeup game in Baltimore, due to civil rights protests cancelling the original contest. Only the media attended the makeup, due to safety concerns from the local police.

Caleb got into the spirit of a “ghost game.” Before play started, Caleb approached the box seats and started his pantomime impression of signing a real autograph for a real fan. Photographers loved his antics.

Well, Caleb still understands what fans and collectors mean to baseball. When his basement flooded, he sent Ryan and other collectors a photocopied note of apology. He was sorry many TTM cards got ruined by the flood, but he tried to sign even the most-damaged ones. Caleb closed with the offer to collectors that he’d welcome fan mail at home after the 2021 season.

What does the Caleb Joseph story confirm? It points out that major leaguers are people, largely without secretarial staffs to sort and send signed replies. They are busy trying to keep their baseball jobs, all the while maintaining a personal life.

Therefore, I’d urge readers to make their letters and requests as easy as possible to reply to. Especially during the season, it’s unlikely you may land the undivided attention of a current player. When you do, appreciate the backstory that each reply must have. And, consider those damaged cards one-of-a-kind collectibles.