In 2010, long-time Dodgers pitcher Claude Osteen sent me a stunning response to my letter. In honor of the team’s 2020 World Series title, I wanted to share Osteen’s insights one more time.
———————————

Pitcher Claude Osteen overwhelmed me with his reply. His was a letter filled with the insights of a winner.

I related to him the amazing conversation I overheard before a 1980s AAA game in Tacoma. Coach Osteen chatted with young pitchers in the bullpen, telling how getting your elbow “scooped” (bone chips removed) was great.

I realized his passion for pitching. The minor leaguers hung on his every word. He could relate to their journey to the bigs. They knew was a devoted member of the Dodgers family, focused on the organization’s future.

Where did that passion and devotion come from? Did he find role models in Los Angeles? Osteen wrote:

“I learned from Koufax and Drysdale what it meant to be a Dodger and how the name was synonymous with pitching. I was embarrassed not to pitch well.”

Osteen’s name will always be synonymous with autograph collectors. My favorite resource, www.sportscollectors.net, reported that the 81-year-old has responded to more than 800 autograph requests. The collector success rate, says the website, is 97 percent!

Recently,  I enjoyed a chat with Bob’s wife Shirley Shantz.

The left-handed pitcher/husband fell in October, breaking his left elbow and hip.

Mrs. Shantz said the 1952 MVP is looking forward to returning home, but didn’t know when that date might be.

“His mail has been piling up since his injury,” she said. “It may take three weeks to a month until he can catch up and sign all that.” Mrs. Shantz mentioned that he keeps ahead of his mail, “…not wanting to let it sit around.”

I consulted www.sportscollectors.net, to see some Bobby Shantz autograph stats. More than 1,700 collectors had recorded TTM successes. The number of special requests he’s agreed to, such as including special inscriptions with his autograph, astounded me.

Of course, the most telling number was the average time of reply. For years, it seems that the norm for getting a Bobby Shantz reply is one week. At his age!

I asked which elbow was broken. She thought his left elbow and hip were the ones injured.

Then, his autograph-signing arm will need longer to mend?

Not sending autograph requests now should go without saying. However, I wanted to know if we could send get-well cards or even cards of thanks for the past autograph replies he’s sent to us.

“I’d rather that everyone hold off,” she said. “He has a mountain of mail to go through as it is. I don’t want him to have more waiting.”

I blogged about Shantz for the first time in 2010. I await good news on his recovery, which will be shared in this blog. He’s an autograph icon, the likes of which the hobby may not see again. 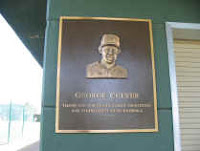 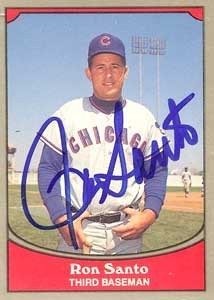 Is there a hobby hall of fame for autograph collectors?

Imagine looking at a collection so huge, knowing that the authenticity
of every signature is guaranteed.

Yes, Holtz offers three-plus decades of autograph knowledge on his
Baseball Almanac website. Afraid that an autograph of a deceased player might not be the real thing? Start with a peek at what Sean collected.

My rubber-stamped through-the-mail “return” via the Cubs in 1972 from Ron Santo is NOTHING like the real signature Sean displays. I was delighted to see the lengthy bio page that followed the autograph pictured.

As you’re writing for autographs, please write Sean. Send him an e-mail. Thank him for the research he’s sharing. Our hobby needs stars like Sean.

It’s been a decade since I discovered the hobby goldmine located at www.Baseball-Almanac.com. This 2010 post was the first of many spotlights shone on webmaster Sean. Coming soon: “Baseball Almanac, 10 years later.” 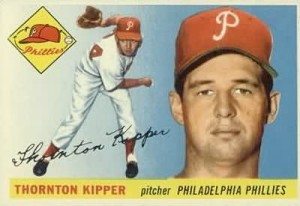