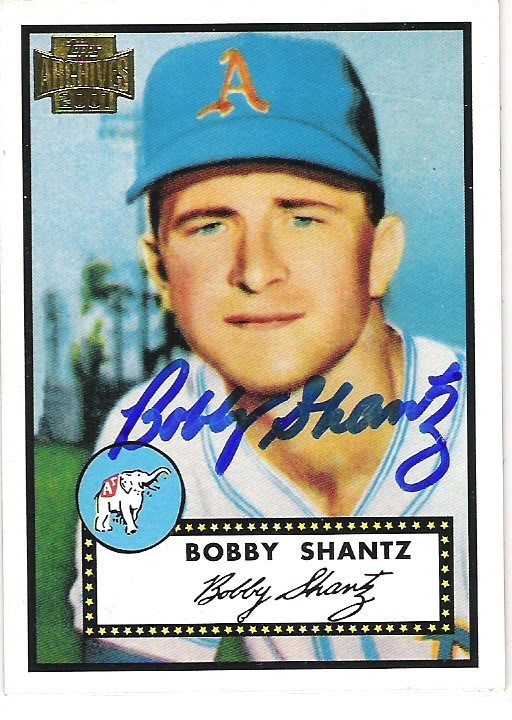 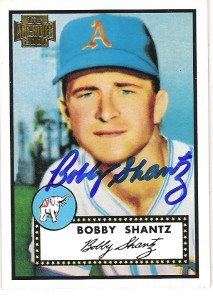 Shantz reinvented himself from starter to reliever. In addition to his 119 career wins, 78 complete games and 15 shutouts, Shantz threw in 48 saves.

and The Story of Bobby Shantz.

The Pennsylvania-born moundsman’s career began under the care of Athletics owner-manager Connie Mack. Shantz described the grand old man of the game:

“I only played two years under Mr. Mack and enough to tell you he was a very special person. Very quiet most of the time and never wore a baseball uniform as far as I know, while managing.

A lot of players said he was tough getting money from when it came to contract time. Maybe so, because when I won 24 games in 1952, I was making $12,000 and I thought I was overpaid. He did double my salary for 1953, so that was pretty nice.”

Shantz hedged on describing his defensive artistry. Why did glove work come easy?

“I really can’t compare my fielding with other pitchers. Because I was only 5-foot-6 tall, I maybe was a little quicker getting to bunts down the line. there were quite a few good fielding pitchers when I played, namely Bob Gibson, Bob Lemon, Warren Spahn and Harvey Haddix.”