As first reported on www.sportscollectors.net, the author of two baseball memoirs isn’t happy about his acclaim as a TTM autograph signer. Fed up with mail to his home address, he announced to Twitterdom that he’s trashing all future requests from fans and collectors sent to his house.

I hate to think of any current or former player going to war with our hobby. I wrote to volunteer as a peacekeeper. Here’s his reply:

“Thank you for writing.
The address you’ve found in the white pages in not my address. It’s my parents. The address that was posted online in a card-centric chat room IS my address. My address was unlisted, at least I thought it was…
I did write all that stuff you’ve mentioned below. Yes, I realize that a little digging can yield anyone’s address, but the fact of the matter is, I’m not giving it out and I don’t condone other’s giving it away with instructions to send me whatever because I’ll sign it and return it. As I’ve said, I’m not against autographs or collectors. I don’t even care about dealers or hunters or sellers. I just don’t want things showing up at my address via an address I did not in good conscience provide to the sender. Furthermore, I vend signed books separately, as well as Garfoose’d items—90% of the time for charities and relief causes. I’m looking into other options for card seekers and what not, but, and pardon me for being crass, it’s not at the top of my priority list at the moment.
If people want to reach me, my contact information is on my website. That is the means I’ve made available. I will not accommodate requests sent to my now fully public address at this time.
I appreciate your concern in this matter, but I feel I should have the right to handle this the way I see fit for the moment.
Thank you for your time, best wishes.
Mr. Garfoose
www.theGarfoose.com
@theGarfoose on Twitter”
What lesson did I take from all this? Even seemingly-positive remarks can be misinterpreted by someone worried about being taken for granted. Post something about another person online, and chances are great that the aforementioned will read it,  too.
Coming Monday: An update from pitcher Larry Gura!

I’ll say it again. I think it’s worth repeating:

Think of what you’re giving, not just what you should be getting.

Sure, your autograph might not appeal to a former player. There’s still ways to get noticed. It’s possible to convince someone of your sincerity.

Enter Steve Katzenmeyer, who is working to get the 121-card Elite Senior League card set (circa 1990) signed.

Don’t remember the short-lived baseball brainstorm, the idea of an Old-Timer’s Day taken seriously? Check out this summary from www.baseball-reference.com. Go on, we’ll wait for you.

Welcome back. Neat stuff, huh? Now, back to Steve’s story. He wrote:

“I’m a music teacher and musician, so I’ve written and recorded, “It Was The Senior League”, made 10 cds, sent one to each of the 10 with “Song About You Enclosed”, autographed each CD, and put a sticky note on each CD case that says, “If you like the song, will you please sign my card?”. Plus a SASE.”

Through his last update on the www.sportscollectors.net website, Steve reports that he’s down to needing only 13 signed cards. The toughest of the tough may be cracking under Steve’s musical pitch.

Steve hasn’t gotten any reviews back from former players. Frustratingly, autograph signers don’t send back notes saying, “I signed your request because…”

“We interrupt this broadcast to report…”

I’ve never had “news as it happens.” Until now, perhaps!

This tireless signer has been rehabbing on his own disabled list, from a broken leg, hoping to be well enough to field fan mail again.

Here’s a report from his daughter, Carolyn Beckwith:

“Please thank all of his fans for the cards and concern. He has read them and appreciates them so much, as do I. It is a big part of his recovery. He still of course cannot handle the fan mail for now. Maybe later and I will keep you updated on that progress.

Thank you so much for all you do.. Its appreciated so very much.”

Carolyn has noted that her Dad remains as savvy and witty as ever. The injury didn’t extend to his spirit.

Ah, but that’s not all the news.

I’ve received an e-mail from Eli Bayless, director of promotions for the Tigers. During Saturday’s game, the team will make a ballpark announcement and present photos on the scoreboard to honor the 60th anniversary of Virgil’s no-hitter against the Yankees (his second thrown in 1952).

I had e-mailed the team. I did not assume the front office had thought of everything. I sent a polite, specific note saying that Tigers fans would never get tired of celebrating a win against the Yankees!

Did my note make the difference? All I know is that someone listened to someone like me.

Send your get-well wishes to him in care of his daughter:

Coming Monday: An “Autograph Addict” redfines the definition of a “baseball autograph.” 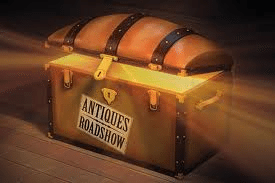 Thanks to all the blog faithful who responded about last week’s thoughts about “real” value in autographs.

It was not my intent to demonize this PBS staple. It’s great that people are interested in the backgrounds of their collectibles. I’ve hoped that more people would want to know who signed their baseballs, not just how many autographs are in the collection.

With that said, I wanted to add one comment and make one vow:

First, I’ve never disagreed with some collector who wants to keep quiet that he’s harboring a rare, exclusive autograph collection that could be worth zillions. I understand the fear that too much publicity could risk the security of valued memorabilia.

My problem? I’d be the person on Antiques Roadshow who hears the huge appraisal then poo-poos:

I’ve imagined the director grimacing. “Get me more mercenary collectors!”

Meanwhile, I’ve hoped this blog would offer an alternative example for collectors. It’s my goal, even my hope, that you’ll see what I think real value is. I’d love to see all collectors bragging about the personal response they received from a retiree, how the reply exceeded all their expectations. Let the coin and stamp collectors brag about their net worth.

I take pride in finding former players who are fellow fans. Kohei Nirengi, my friend in Japan, notes in his letters that he believes that baseball is “the most beautiful game.” His sincere belief gets many letters of agreement and congratulations.

The best “autographs” in my collection today aren’t the rarest or signed by the most famous. The correspondence I’ve kept shows that my past memories of baseball are appreciated today. The response shows that I, as a fan, matter. No price guide can give me that.