Some collectors have despaired after the headlines of Reggie Jackson confronting a supposed autograph hound/possible dealer.

The odds are stacking against real fans, honest collectors and sincere researchers.

Don’t look or sound like them, whether it’s in-person or in the letter you send.

There may be more at stake than your own success.

However, was it really strike three?

The author gave a Hall of Fame effort trying to get a conversation from Carlton Fisk. That’s an effort any collector or letter-writing researcher can find inspiration from.

Change is happening fast. America’s women’s baseball team is stunning world competition in the Pan Am Games. One of the mainstays on the team, Tamara Holmes, played previously for the Colorado Silver Bullets, managed by Phil and Joe Niekro.

I predict women’s baseball will become an Olympic sport. There will be baseball cards to get autographed. These are not mere players. They are pioneers.

Don’t be surprised when you learn of an American women’s professional baseball league, either. 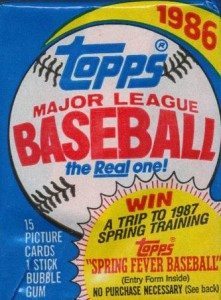 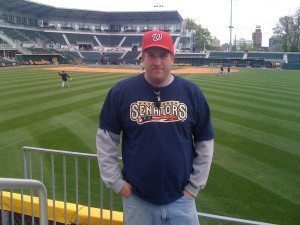 I write about using maximum effort when contacting former players. Gerald Carpenter is a master collector, making everyone he writes to feel like a star.

How? By creating a gift for each player. A fun caricature. He’s sharing all that he creates on a art gallery blog, including all the autographs he’s receiving.

I asked Gerald to reveal more of his hobby game plan. He kindly replied:

“I use Crayola colored pencils, and heavy drawing/ watercolor paper. I used to use paper that was 12″x18″ but I switched to a smaller 8 1/2″ x 11” because it is less than a third of the price for paper, envelopes, and postage, and takes less time and pencils.

I used to send just one drawing in the mail, but in the last year or so I have always been sending two: one for them to keep and one to hopefully sign and return. I think I’ll keep with the practice of always sending two.
I think I have a fairly good success rate, especially with former baseball players, so there can’t be too many keeping them for themselves.

I like the personal written responses I get from the players, almost as much as getting the autographed drawing returned. It’s like a nice little bonus.”

Gerald shared some of the notes. Hall of Famer Goose Gossage wrote back that he got a kick out of the drawing. “Job well done!” None other than John Rocker added, “I never looked so good!” Phil Niekro praised Gerald’s artwork, also.

Bravely, Gerald noted that Mrs. Bob Bailey had a tip for the artist. She felt her husband had “ice blue” eyes.

“Eye color is really tough to see on a baseball card or old photo, but it shows up prominently in my drawings,” Gerald noted. “I appreciate any criticism, and my style has gradually changed over the years to accommodate repeat criticism. I also had one player, and only one, respond that he wasn’t signing the drawing because it didn’t look like him.”

(Of course, former players don’t have the smallest egos in the world. I’m guessing there may be more than one out there ready to object to a light-hearted, fanciful perspective.)

In my request letters to the players,” Gerald explained, “I express that I am a fan of baseball and the many interesting stars and personalities involved with the game. I ask him to please keep a drawing for himself, and to please sign and return the other. I include a self-addressed stamped envelope. I think it’s implied that I made the drawings myself. But maybe I should stress that more.

I get contacted from time to time from people wanting custom drawings. I will happily do any and all drawings people want me to do, whether it’s a favorite player or a family member. There’s a gentleman in Oklahoma who has me draw a lot of pro wrestlers, and he takes those to conventions to get signed. A nice lady in California has used my drawings in her book, Garlic Fries and Baseball, and website http://soundsofbaseball.com/sample-page/
There’s contact information on my website.”

Anyone wanting more information, or wanting to offer the artist some well-deserved applause, write to geraldscarpenter@yahoo.com

Meanwhile, think of what makes your letter stand out. We’re not all artists. However, we can paint pictures with words.