Some of you send valuable memorabilia out for autographs. Others trade autographs.

All pray the U.S. Postal Service is kind.
Before Christmas, a friend who lives near Seattle sent a small gift box to us as a present.
Her package went out on the 18th via 2-day Priority Mail. She was told that the expected delivery date should have been Dec. 21.
We waited. And waited.
Today, just nine days later than predicted,  the box arrived.
Lessons learned?
My friend shared her 18-digit tracking number from her receipt. The number is gold. A magic pass key.
Second, I signed up for the free e-mail delivery updates. If any progress was made, I’d be alerted.
Then, I called our local post office for help. All I saw was “processed at Des Moines USPS Sort Facility” day after day.
I was polite. I didn’t blame anyone. I asked for help finding an explanation. I was told that the facility where my package was trapped would be e-mailed.
This morning, the local post office called.
“Your package is here. It will be delivered during Monday rounds.”
Success! And the explanation? “A sticker seemed to have been placed over part of your address.”
Sure enough, a routing UPC sticker covered up our house number. The sticker was scraped away enough to make delivery possible.
Those USPS workers have a better batting average than I would. I’m grateful for my happy ending, and hope my experience will help you if you get thrown a postal curve in 2014.

Like Loading...
I asked Harvey Meiselman for news about his 2014 Baseball Address List, as well as his own year as a collector. Here’s his reply.
Q: How up to date will the 2014 address list be?
A: I processed my address database with the Post Office on December 6th with their National Change of Address Update Service and then processed all of the changes that came back. When that was finished I started to put all of the address lists together for the printer and got the print files to the printer on December 12th. I received my first supply of printed lists this past Friday, December 20th, and today I’m starting to pack orders which will be mailed out on January 11th. So, you see, that I have a much shorter time lag in having my coil bound lists produced vs Smalling and his printed soft covered book. My lists will be much more up to date when I deliver them than Smalling’s are, which I estimate are sometimes 3-4 months behind.
From the time I finish processing my address database to putting the print files together and getting the initial address list order printed and delivered to me is less than two weeks. I’ll estimate that there will be about 20 or so deaths in baseball, football and hockey noted in the list from the first week or so in December. Plus, what I usually do in January is send out an email to all my customers that will include all of the changes in address (either address updates or deaths) that have happened since I sent my files to the printer so are not updated in the actual printed list. Those will be sent out around January 20th or so.
Q:  You’re not just an address publisher, you’re a fellow collector. Do you have one TTM success to inspire us into the New Year?
A: You know how I love to track the really obscure ballplayers that just don’t want to be found by autograph collectors? Well, this year my project was Harry Chappas who broke in with the White Sox in 1978. I finally tracked him down in, of all places, Boynton Beach where I live. I’ve had three successes at his mailing address so far personally and met him for coffee a few times and discussed autograph collectors and the memorabilia field.
He told me that he receives a ton of letters that include 10 or more items to be signed and he got to feeling that they were going up on eBay to be sold. Needless to say, he trashed them. I’m pretty sure I convinced him that most collectors are not like that and he probably will be signing requests with one or two items, not ten. Harry Chappas is on everyone’s want list.
Thanks to Harvey. I hope we’ll all be as bold in our collecting in 2014. Get in the habit of including in your letter WHY you want that one person’s response. If you don’t, they might assume the worst. Set a good example, and you’ll keep the line of communication open for all of us.

Sure, the “whatever happened to…” questions about baseball players are fun.

I’m just as curious about autograph collectors and researchers I’ve found corresponding with baseball’s past. Here’s a couple of “since you last tuned in” updates.
Phillies fan Greg Kersey mentioned: “The Vet seats are up to a total of about 50 signatures and I am running out of room very quickly.  I may have to buy another pair of seats and keep going.”
I like Daniel Solzman’s game plan. He likes the Cardinals. Plus, he likes to write. I see some great themes in his hobby goals.
“I already have La Russa, Torre, and Cox on cards but would like to get them on 8x10s.  From SCN, I can see that TLR is a better signer than Joe or Bobby are.  For those 8x10s, I may have to wait for signing weekend.
I have Garagiola on a card.  I’ll be sending an 8×10 to Garagiola to sign with the HOF inscription for Frick and a new one for the Buck O’Neill Award.
As for Angell and Nadel, I’m going to order 8x10s here shortly and get those sent off for signatures.  I found Nadel’s Dallas address on SCN so that might be quicker than waiting til ST.
As for the rest of the class?  It’s going to be expensive.  I need to see when the limited edition HOF collages get put out by PhotoFile.  Ideally, I would like them in time to mail in for the HOF signings.  If I have to wait for Sun-Times show, etc–so be it!”
I find Daniel at Redbird Rants. You should, too.
Dan Brunetti had this update:
I just got my 198th autograph from the 1979 Topps set last week when Horace Speed arrived in the mailbox.  I have dropped back to 10 cards per month.  I seem to be running out of cards and addresses at about the same rate.  I’ll drop a note when #200 comes in.

I stepped outside the set last month when I found a 1965 Topps Jim Bunning at the card shop for only $3.  I couldn’t resist getting a HOF player and a former US Senator.

I found the 1977 OPC autograph project on blogspot.  It looks like it is run by Tony, but I couldn’t find an email address for him.  I noticed your picture on his page and wondered if you had contact info for him.  I think that he may also be the infamous TonyT on the SCF site.

The gingerbread stamps are going on all of my December sendouts.  I’ll let you know how they work out for me.”

I loved what Kenneth Nichols had to say about Jason Grilli in his fun blog. I’ll be a regular reader of his in 2014.
Thanks for your readership this year, friends. Share your hobby. It’s the best way to keep in shape until spring training! 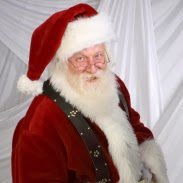 Let them empower you!

Huh?
Too many loved ones will think, “What’s an autograph, and how do I get the one he wants most?”
Tell the non-collectors who want to buy you a December present what you really want — ways to take your collection to a new level!
Here’s two basics no collector should be without:
1. The 2014 Baseball Address List — Address king Harvey Meiselman starts shipping in January. Tell the gift givers this is worth waiting for. Home addresses of everyone who debuted from 1930 through 2013? Swoop on this, Santa!
2. A www.sportscollectors.net membership — Members post good and bad (invalid) addresses. Imagine getting detailed notes of someone’s signing habits for the last 15 years. A forum gives you access to many of the top collectors in the hobby. I get my hobby questions answered immediately. All for $14.99 for one year.
Are there gift options for $10 or less? Oh, yeah!
1. Stamps: Love those FOREVERs.
2. Basics: Paper, envelopes, pens. Don’t forget return address labels.
They don’t have to attend a hobby show or learn a foreign language to get you something that you’ll love throughout 2014.
Readers: what would be your best gift suggestions or requests? And, what’s been the best hobby-related gift you’ve ever received?

Time for one more thank-you note.

No Christmas presents have been opened yet. The present I got came seeing guest batboy Ted Kremer talk about his team.
This guy is contagious!
On a baseball postcard sent in care of the Reds (employing him part-time in the front office), I said:
“Thank you for reminding me why I love baseball. Merry Christmas!
Tom Owens”
Who doesn’t know this inspirational story? Start with this Facebook page, to see why Reds fans adore Ted.
The team should have advertised Ted as a part of Redsfest. I’d send him on the winter caravan, too.
Also, I know that collector Bill Kearns has posted successful autograph responses by mail from Ted. Bill crafted some epic custom cards for the letter, long before Topps wised up and made Mister T a part of its “Traded” set.
Baseball needs more Ted Kremers. Let’s hope the Reds will share his enthusiasm with all fans and collectors in 2014.