Everyone wants to know about the players.

I wanted to ask Phillies public address legend Dan Baker about the “team” members he rubbed elbows with in the press box.

Broadcaster Harry Kalas: what was he like to work with? Baker’s take…

“Harry Kalas was a wonderful play-by-play announcer. His anticipation was second to none! Harry was one of the nicest people you’ll ever meet. He took time to say hello to everyone. I loved him!”

Stan may have been “The Man” in St. Louis. Dan, you’re the guy in Philly!

I asked Dan Baker if he’s gotten feedback from the field in his 40-plus years of PA work.

“I don’t remember which Phillie complimented me first, but when Jayson Werth returned as a Washington National, he said it wasn’t the same without me introducing him.

1980 World Series hero Dickie Noles said I have the best voice in baseball. That was very kind! I’d never say that about myself!” 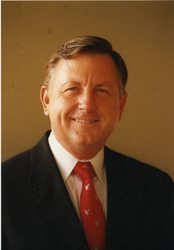 I began with asking about his first day on the job, and what’s changed since. He replied:

“The first Phillies game I announced was the ‘home opener’ in April, 1972. Promotional wizard Bill Giles had Kiteman deliver the first ball. My voice is deeper now than it was then and my timing is better.”

One of the joys of this blog is finding all-star readers. These are the gamers of the hobby, those tireless collectors who do autographs their way.

Thanks to Dan Brunetti sent a great note with an interesting possibility:

“I have enjoyed your posts this month.

My “why won’t this guy sign for me?” is Bob Boone.  I have gotten RTS returns from him both through the Nationals and at his home address while the rest of the world seems to be racking up successes at both addresses with one or two week turnarounds.  I am chalking it up to bad timing, as I sent to the Nationals in January and to his home in California in May.

I have have a few others where I saw several cards mailed after mine show up in the success column of others while I was still waiting.  Bill Lee and Bert Campaneris are two good examples.”

Poor Mario Mendoza got a “line” named after his anemic batting average. Will the spot signers who vex a particular collector be assigned the pitcher’s name? As in, “The guy totally Santorini-s me every time I write!”

Lastly, here’s a grateful shout-out to Daniel Solzman. He shared…

“I had the chance to meet Wade Boggs on Wednesday when I went to the Rays-Red Sox game.  He was doing a charity signing at the Ted Williams Museum prior to the game.  It was $30, well more than the $5 he charges TTM but it was worth it as the money went to the Boston Strong fund as well as a military veterans fund.  Now I have a photo with Wade that I am getting made into an 8×10 to get signed!
Dick Vitale was also at the game, too.  He adopted the Stan Musial model of having pre-signed cards with him,  He posed for a photo in the middle of the 8th inning with me.  I’m also getting that made into an 8×10 and sending to ESPN for an HOF inscription.”
Speaking of Stan The Man, allow me to cheer for the writing of Dan The Man. Enjoy Daniel’s “Redbird Rants,” including this exclusive chat with Ozzie Smith. Well done, fellow correspondent!
I love all the feedback. We can learn so much from each other. How’s your baseball correspondence lately? Please, let me know.

Steve Sax remains a mystery to me.

He wasn’t happy signing TTM for free, getting a fan mail handler in 2011 who’d help him charge per signature.

This season, has he decided the cash isn’t enough? Here’s the statement from his autograph brokerage:

“Unfortunately Steve is not doing any mail items at this time. He is focusing on coaching with the Diamondbacks. Maybe after the season ends so please check then. Thanks!”

Fine. People who’ve written six months ago haven’t had their checks cashed. However, Sax has customers waiting. They are no longer admiring fans and collectors. They’re people purchasing a product (an autograph) from him.

Just because the fast-food chain doesn’t take our money, it’s still not cool to be kept in the drive-through line forever.

There’s still a large number of current coaches handling their own fan mail, signing for free. I can’t understand why Sax’s job or schedule is so different.

there’s going to be a new autograph fee menu issued after baseball season? The prices he agreed to weren’t enough to keep signing interesting, so he’s decided to use the D-backs as an excuse to back out of his deal?

I hope not. Please, Mr. All-Star, prove me wrong.