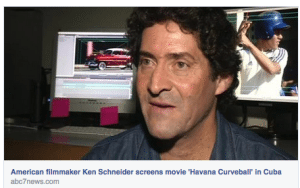 Like Loading...
Co-writing the new edition of the book Belles of the Ballpark with Diana Star Helmer brought us a new friend. My wife and I discovered Carol Sheldon, one of the most knowledgeable fans of the All-American Girls Professional Baseball League in existence.
Well, Carol has many talents. She’s been a gifted photographer and avid Tigers fan for years. Lucky for us, she has combined the two passions. Best of all, Carol is making her shots available to fans and collectors.
Q: How many MLB baseball photos do you have in your archive, ones that you’ve taken? How far back do they date?
A: I take an average of 400 a game and I go to about 30-35 average games a year plus playoffs. Since about 2000 I‘ve used digital and before 2000 I used film back to around the mid 80’s.
Q: What percentage of the photos are of THAT team (you know, your Tigers?)?
A: I’d say 85-90 % but if we are playing some with stars then I shoot them too. For example, I got Thome’s 599 and 600 HR’s
Q: What percentage taken at Comerica? Any from Tiger Stadium? Have you shot at other ballparks?
A: Well, Comerica opened in 2000 so 90% , Film shots at Tiger Stadium especially the last year and last weekend.  I’ve been to about 35 ML stadiums and my camera is always with me so I do have pictures from each stadium mostly of the Tigers and pics of each stadium. (But I’m not that organized. I do have shoe boxes filled with negatives that are organized sort of.) I’ve also visited about 35 minor league stadiums too.
Q: Readers would be sending these out for autographs by mail, or in person. How many of the depicted guys have seen their photos (and I know that players, current and former, are still thrilled to see new views of themselves)? Have you shared in person or by mail?
A: Over the years I’ve worked on getting some of my good shots signed at the stadium and in the 80’s I sent 3.5×5’s in the mail to get signed. I’ve given players copies of something special. They do like that. Thome signed a copy of #600 for me and I gave him one plus a disk with shots of his family meeting him at home plate.
Q: Last question: can you share even one short tale about a good reaction from a current or former player over your photos?
A: Thome was nice and ask my name so he could personalize it. I got a very nice note back from Doyle Alexander after I sent him a photo.
Q: How can readers get your photos?
A: 5×7 = $ 2.00 8x 10 = $7 11 x 14 = $10 plus shipping. Shipping would be $2.50 to $5.00 for single photos. Additional cost for multiple photos. If you don’t see the player you want ask! I also have stars from other teams!  I can be reached at csheldon25@hotmail.com.

It’s not just the beard.

If you want to see the spirit of Christmas during the 2015 season, tell Houston fans to check out this guy.
Scratch that. Free agent acquisition Pat Neshek is Christmas every day of the year.
Guaranteed, the Astros will have a league leader in “most autographs given” and “best signature” categories.

Once, teams like the St. Louis Cardinals provided all their players with postcard-sized photos to send.

I learned from baseball address pioneer Jack Smalling that he figured one out of seven requests of “if you have a photo of yourself you’d be willing to include for my collection, I’d be grateful” paid off.

And asking is free.

However, players were once so eager to please the public that they’d order their own postcard photos, footing the bill on their own.

Some of the last great independent postcards came in the 1970s from Doug McWilliams. He’d get hired by individual players who wanted to have photos to share with fans and collectors.
Where were these sold? Nowhere!
You had one place to get the postcards. From the depicted guy. You had to be given one.

The postcards are great stories in themselves. Find a checklist online for postcards like J.D. McCarthy or McWilliams. Ask in your letter about the postcard’s history. If you can print out a black and white scan of the card (some will appear on eBay), do it. Even if you don’t get the postcard, you could get a great story.

Speaking of stories, Mr. McWilliams has one. You’d be surprised to know how many Topps cards came from his lens. His photo archive has been donated to the Hall of Fame. And he even did postcards once for ballplayer-turned-Country Western star Charley Pride.

“I never saw him play? What do I write to him about?”

Most hobbyists tell you to research. Prove that you know something about the ex-player.
I agree. Somewhat.
I wrote last week about Justin Evans and his amazing Baseball Autographs Facebook group.
One nice thing Justin and members do is salute retirees having birthdays.
If you’re going to write to someone who has a birthday in the coming month, salute them.
No, not “I see you’ll be older than dirt next month.” Just a tip of your cap that says, “Congrats on being here to tell more baseball stories.”
Here’s a bonus:
The oldest baseball alums might be worn out answering, “Who was the toughest pitcher you faced? What was your biggest career thrill?”
Try this (for summer birthdays):
“During your career, what was your most successful birthday on the field?”
You remember the highlights of your birthdays? Imagine being a major leaguer, having thousands of people in the stands knowing it’s your day.