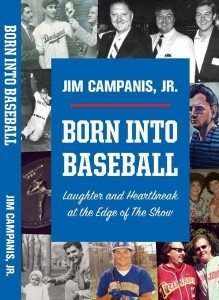 The hobby knows Jim Campanis Jr. is one of baseball’s best through-the-mail signers.

He’s one of baseball’s greatest living storytellers, too. Scan the blog archives and you’ll find proof.

Let me be one of the first to cheer his recent Facebook announcement:

Those stories will be a new summer title from Summer Game Books.

If you’ve ever gotten an autograph from Jim, be sure to make room on your shelves for this new book. Who knows? He might have an autograph anecdote or two tucked in the pages. 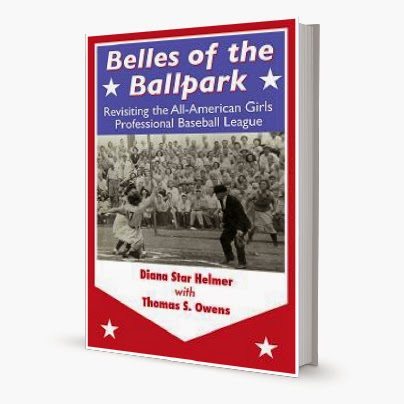 I’m hearing from so many who love the ladies of the AAGPBL. Even 60 years later, they’re still thrilled to sign autographs.

Nonetheless, TTM collectors need to remember only a couple of guidelines writing to “girls leaguers.” Here’s some much-appreciated insight from Carol Sheldon, an AAGPBL Players Association board member:
“They sign all the time.  The only thing they have been told to not sign is 3-by-5 index cards.  The ladies might not like it if the Logo is used, because that belongs to the league.  Most of the auto seekers may not realize that their mail was not returned because the player has passed away.  There are only about 140 or less left.”
Carol’s saying that custom-card makers may have a tough time convincing these retirees to autograph your creations if the league logo appears.
The retirees are concerned about their history and legacy.Years ago, Fritsch Cards swung a licensing deal with the association. (I’m unsure about any possible money involved.) I’ve known more than one collector who got a turndown over a custom sent, being told, “I can only sign official cards.” I’ve interpreted those worries as loyalty to Fritsch Cards, with those non-signers feeling that the company deserves special respect for keeping the AAGPBL history alive.
I’d welcome any other thoughts or insights on recent AAGPBL signers.
Meanwhile, mark your calendars for May 5. That’s the day for the re-issue of Belles of the Ballpark, the expanded history of the league written by my amazing co-author wife, Diana Star Helmer. Check out the book’s special page at Summer Game Books. You’ll have your choice of e-book or paperback. And, as Carol mentions, there’s still nearly 140 possible signers out there. 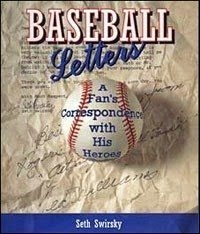 I adore these three books. The world will be a better place next year when the trilogy is back in print, courtesy of Summer Game Books.

Before Seth Swirsky, player wives were forgotten.
In these books, you’ll see great memories from the women in the stands.
Sure, autograph collectors might say, “They’re not in price guides. They aren’t featured on cards.”
I’m talking stories, not signatures.
Cubs fans would faint at the baseball knowledge of the wife of the late outfielder Bob Will.
These women kept scrapbooks on their husbands. They compared notes with other wives. They were there, before, during and after.
If you want a perspective the rest of the baseball world has overlooked, put a “Mrs.” in front of the name of that guy you’re writing to.

I could tell you.

Or, let me SHOW you.

I rode shotgun as my wife Diana Star Helmer put the finishing touches on a new edition of Belles of the Ballpark. If you liked the movie A League of Their Own, you’ll love the true story.
The AAGPBL player roster shrank each week as we worked. Nevertheless, there’s new correspondence with more than a dozen players. Many new chapters await!
We’ve submitted 70 possible photos to our editor, TRIPLE the amount of the first edition.
Lessons learned from a summer of girls league letters?
1. The league ended 60 years ago. Alums are age 80 and above. Health problems (or non-stop travelers) mean some responses won’t be fast.
2. Penmanship should be renamed penWOMANship. Many of these women became teachers. Their sparkling handwriting — sometimes, like calligraphy — astounds me.
3. These women still love the game. Answers to our letters proved it. One former player wrote a great explanation of why batting averages were lower than major league stats. To make sure I agreed, she added a last-minute detail. She TAPED her baseball card on the back of the envelope, back side up.
No ego. She didn’t care about her picture. She just wanted me to see how her stats changed from season to season (just like the letter explained).
Summer Game Books looks like they’ll be a rising star in the world of baseball books for many seasons to come. We’re happy to play for their team. The book arrives in spring, 2015.

It’s good to be back!

A book deadline is calling.

I need to say, “See you in September.” Not forever, but only until I can help get one epic story back into print.
Meanwhile, you’ll find an archive of more than 900 posts here to keep your summer sizzling.
When I return, I’ll have news about the much-anticipated new and expanded edition of Belles of the Ballpark, thanks to talented co-author Diana Star Helmer and Summer Game Books. The AAGPBL survivors who are still physically able are signing by mail, by the way. I heard from 13 who answered questions for the book. Some were 90 and above. Write to these wondrous women soon.
Thank you for your support of the blog since 2010. I’ve always insisted that I’m about the stories behind the signatures, instead of mere autographs.
You’ll see more of why this project has been so important this fall. When September call-ups happen, I’d be grateful if you’d promote me back to your active roster.