Here’s news, plus a request:

First, I hope you’ll cheer with me for a new edition of an AAGPBL book by my wife Diana Star Helmer. I get to co-author on this revised edition of the title.
The 1992 book was entitled Belles of the Ballpark. This updated edition will look at all the things the later movie A League of Their Own did and DID NOT accomplish. Interviews with Casey Candaele and the late Woody English (an AAGPBL coach) will be part of the added package. Best of all, this is the chance to tell the complete story of two women who salvaged the league’s disappearing history in the 1980s.
The book releases this fall from Summer Game Books.
As I wrote earlier, the AAGPBL veterans were thrilled to autograph Diana’s copy of her book, referencing the specific page she mentioned each one on. While corresponding with the remaining alums this summer, I’ll share what they have to say about TTM autographs.
Meanwhile, readers, any tips on great girls leaguers who’ve signed for you would be much appreciated.
These women played a Red Cross benefit game at Wrigley Field in 1943 using portable lights. That was the first-ever game at night in the Friendly Confines.The 1988 night game at Wrigley simply became the first Major League game under lights. History with an asterisk. You should have heard the flustered Cubs PR guy on the phone that year when I told him about the press clippings confirming the prior event. “We can neither confirm nor deny…GARGLE GARGLE GULP!”
The AAGPBL history-makers have many untold stories. Diana and I want to share more of their classic tales, allowing these fine ladies to tip their caps one more time. 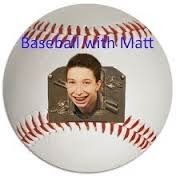 That’s the secret sauce of success for collectors.
Yes, some envelopes will never get opened. Some players will never listen or look up for a collector.
However, when that moment comes, you better be the real deal.
If you think getting an autograph might be tough, imagine being the kid who wants more.
Consider 15-year-old Matt Nadel, a young blogger who writes “Baseball With Matt.” He’s scoring interviews with names from baseball’s past and present. Best of all, he’s got a baseball book coming out this fall from Summer Game Books. I’m grateful to include the details he shared.
Q: You’re writing great baseball history features. How many people have you interviewed?
A: I have done over 50 interviews including 10 hall of famers, bud selig, george w bush, hal steinbrenner, billy crystal and many others. My favorite interview is probably the one that I did with jim palmer since it was my first live one.  here’s a link:
http://baseballwithmatt.mlblogs.com/2012/11/20/an-interview-with-hall-of-famer-jim-palmer-112012/
Q: Do you write to the people you interview?
A: I have never written letters to any interviewee by the way.
Q: What’s a good question that works for you, no matter who you’re interviewing? (Some collectors are unsure about what to ask when they write to someone.)
A:  A question I usually ask is what sports did you play/watch as a kid? and who is your favorite hitter and pitcher in MLB history?
Q: Your passion for, and knowledge of, baseball is impressive. Some might say it’s unique from someone so young. Do you tell interviewees about your age before you connect?
A: Yes. they always know that I am 15 and the youngest baseball history pro blogger on MLB.com.
Thanks, Matt!

A whole new generation is ready to savor the beauty of baseball correspondence.

Seth Swirsky shared his collection beginning in 1996 with Baseball Letters. The amazing out-of-print book and its two sequels might be returning soon.
Check out Summer Game Books. One imprint, “Bleacher Books,” states that an electronic edition containing all three volumes could be available soon.
E-mail SGB. Let them know you’re a ready customer. A well-read fan is a successful autograph collector.