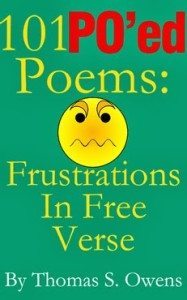 We were all born October 20. I have no baseball card to prove mine, but it’s true.

This blog was born in 2010. I haven’t bombarded this site with advertising.

I am asking for a small birthday present from all of you, however.

No, not free cake. I’m willing to sing (or write) for my supper.

I wrote my first book of poetry this year:

I do have one snarky baseball-related poem in the bunch of 102 ditties. (Hey, a free bonus!)

The Kindle e-book is a mere 99 cents. That’s less than a penny a poem!

Please, help support my postage stamp addiction. (I mean, corresponding with the witnesses to baseball history.) Seriously, any success with the poetry collection will keep this blog thriving into 2014. I’m planning on making the next 900 posts even more fun.

I’d welcome any kind reviews on Amazon.com, as well as mentioning the title to other possible readers.

My poems are as glib, sarcastic and irreverent as possible. In the process, I poke the most fun at myself.

As an ALCS watcher, I loved watching Tim McCarver fear for his life on his 72nd birthday (the blazing cake was in a cardboard box, with no fire extinguisher near). My blaze will be a bit smaller on Sunday.

I’ve always believed in Tim McCarver. He signed my autograph request back in the early 1970s.

I’ve sat patiently listening to him do games on FOX, ignoring his numerous naysayers.

However, I’m truly concerned about the former catcher. I wrote in 2011 about tough signers making the extra effort for Americans in our military.

Well, I guess McCarver missed that feature. An unsigned card returned in a serviceman’s SASE was the icy response a letter to McCarver brought.

Anyone knows a military APO address. The letter told who was asking for the autograph.

Thank the man for his service, TM. Hall of Famer Whitey Ford did that just last week, never requesting the charitable donation he seeks per signature.

Are you really getting that much mail, Mr. McCarver? Someone opened that envelope with your name on it. Someone took the time to use the postage on the SASE to NOT honor this man’s military sacrifice that he’s making for all of us.

﻿ There’s no doubt that America’s service members are fearless. How so? I found one who’s taking on some of the toughest signers in baseball. Meet Mike Malpedo of the U.S. Air Force. Here’s his impressive tale:

“First of all, I am no longer deployed but am currently serving a one year remote assignment in South Korea. I am an air traffic controller in the Air Force. My family is in New Jersey so needless to say, it isn’t the easiest thing in the world to handle but it does beat the desert. With that being said, I have quite a bit of free time on my hands which allows me to write letters.

When I arrived here 10 months ago, I brought 3 complete sets of unsigned cards with me. They are 1982 Donruss, 82 Fleer, and 81 Donruss. I decided to start working on sending out TTM requests and work on those sets. Although my main project is attempting to complete a set of signed 1963 Topps (currently have 400 or so signed).

In the ten months I have been here, I have received about 100 successes from players in each of the 81 Donruss, 82 Donruss and 82 Fleer sets. Including 2 Cal Ripken RCs, HOFers: Carew, Blyleven, Yount, Niekro, Berra, Perry, Dawson, Herzog, Gossage, Lasorda, Sutton, Dick Williams, Schoendienst and Joe Morgan.

I have added the following HOFers to my 1963 set: Musial, Ernie Banks, Bunning, Brooks Robinson, Koufax signed 3 63 Topps for me (never reported this one recently because I didn’t want to get bombarded with address request emails, PMs, etc), Mazeroski, Dick Williams. I have also added the following tough signers or guys who typically charge to my 63 set. Tony Kubek, Ralph Terry, Phil Ortega, Jim Coates (Sent me an autographed book and photo along with my card).

Thanks to Ebay, I began buying vintage cards and sending them off as well. I really enjoy vintage, the players from that era and the stories that go along with them.  Some of the tougher guys who have signed vintage cards and  rookies are: Vida Blue, Ryne Sandberg, Fred Lynn, Andre Dawson, Robin Yount, Gaylord Perry, Ralph Kiner, Don Newcombe, Johnny Pesky, Joe Garagiola, Tommy John. Just to name a few.

Since I am not at home and do not have access to picking up cards at shows or out of my collection for TTM requests, I occasionally print and send out 8x10s. I was lucky enough to receive Chuck Yeager, John Glenn, and Apollo 13 Commander, Jim Lovell. Peyton Manning signed a pack of cards for me and an 8×10 too.

I am sure I am leaving out some great autographs. There are some really great stories that go along with many of these great sigs but do not even know where to start. For example: Tom Lasorda sent me a package from the Dodgers with about 6 signed photos, HOF postcards, and a letter thanking me for my service. Most recently was Phil Niekro sending me a handwritten letter thanking me for my service along with a custom signed 5×7. I sent 3 cards to Rod Carew and he sent 12 signed back. Stan Musial’s company sent my check back along with my 2 63 cards signed. Both Robin Yount and Fred Lynn hand wrote letters thanking me for my service also. Phil Ortega wrote me and told me the only reason I received the card back signed was because I was in the military. He said he absolutely refuses to sign.

You are probably wondering what I write in my letters. I probably write what most people write such as I am a big fan of baseball, love collecting, etc. I do start all of my letters though saying my name and where I am from and where I am and what I do for a living(just in case they were wondering I am doing here and/or what country the return address is from.) I honestly think the reason many of these guys sign for me is because of my return address. An APO or FPO return address with my name and rank is the first thing they see and a sign to them that not only am I in the military but I am NOT a dealer. Many guys just simply support the military and appreciate what so many men and women are doing everyday all over the world. Some may feel this a way of giving back. I can tell you this much, it is the greatest morale builder for me personally. Some people enjoy seeing a USO concert or show but I truly enjoy receiving autographs and letters from some of the greatest names in baseball history.

By the way, I do not sell any of my cards.  I do trade the occasional double.

I have deployed to Afghanistan but it was just impossible where I was at to be able to send TTM requests. Not to mention, I would not have had anytime to do so. It was my last trip to the middle east (Bahrain) where I really began working on my 1963 Topps set. I was buying the 63 Topps offline and having them sent to me. I would then have the returns sent to my New Jersey home. When I returned home I had about 100 envelopes to open. Ever since then, I have been on a mission with that set.”

Also, I believe that every picture tells a story. That’s why I ask retired players for details of their baseball cards. With Mike, I was sure this shot was from more than just a chance meeting. He added…

“The picture you see of me, Buck, and McCarver was taken a few hours before game one of the 2009 World Series at Yankee Stadium. The opening ceremonies honored men and women of the armed services who had just returned from Iraq and Afghanistan. I had stepped off of the plane from Afghanistan just 3 days earlier. I found out I had been selected the night before the game. Words cannot explain what it felt like to not only be selected for such an honor but to be on the field during the National Anthem and unfurling the American flag while 50,000 people were standing and applauding. It gave me chills and it is a day I will never forget. Not to mention I am a die hard Phillies fan. To to top it off, we were given left field seats about 15 rows up from the field.

Mike has not taken any of these opportunities for granted. If any baseball celebrity questions why he wants an autograph, listen to Mike’s explanation:

“I always enjoy personal encounters with ball players because they create lasting memories and the signature that comes with meeting them is just icing on the cake. The signature always takes me right back to the moment when I met them. For instance, I attended the Philly sportswriters convention a few months before Harry Kalas passed away. He was the MC for the night and I had the honor of meeting him and talking to him for about 20 minutes. I have a picture with him and a signed 2008 World Series baseball and it will always take me right back to that moment.”

I’m grateful to Mike for sharing his inspiring story. I wish him a quick, safe return. We’re lucky to have him on our team!