Once, something like a cancelled check was seen only as a substitute way of getting a real signature.

Now, the world sees letters as proof that baseball personalities are people, too. Two people connecting over a team, a moment…a chapter of baseball history.

Johnny Pesky’s military service, and his value to the Red Sox, are documented in a batch of signed correspondence.

The most fascinating lot surrounds minor league umpire and folk artist George Sosnak. Sosnak’s painted baseball’s are legendary. Here, collectors can see him big-name support for his art. A wonderful Facebook group of collectors of Sosnak art offers a great introduction to his creations.

And, realize that those baseball letters you’re getting will have lasting value, too! 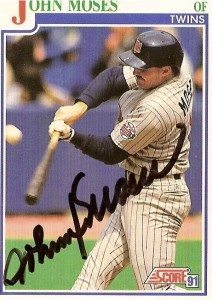 Bob Kuzava pitched just four years for the Yankees. The Brooklyn Dodgers must have thought the lefty would be there haunting them for decades.

The reliever earned seventh-game World Series game saves in 1951 AND 1952, guaranteeing the Yanks consecutive championships. Teammates called Kuzava “Sarge,” out of respect for the position he rose to during three years of military service during World War II.

That wasn’t Kuzava’s only nickname. He wrote:

“John Pesky hit a slow ground back to me, and instead of swearing at me, he said, “You White Rat!” It broke up both benches.”

“Sarge” found immediate success in the majors after the war ended. He added:

“I was 3 years in the Army, and no baseball. Too hot in India and Burma. Was happy at New York and think I did a good job for them.

Kuzava’s relief artistry has been apppreciated beyond the realm of Yankees fans. In 2003, he was enshrined in the Polish-American Sports Hall of Fame.