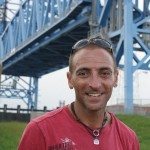 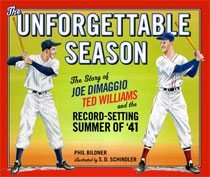 One of Bob Feller’s greatest moments in history shouldn’t be forgotten.

I didn’t retain all the details. The co-stars might like to be forgotten for their questionable roles in the incident. But I know that Feller put his legacy on the line one day for fans in Iowa.

The video crew waited. And waited. Feller wasn’t ready to tape the segment.

He wasn’t done taking care of everyone lined up for an autograph.

According to media reports, the interview producer became upset that Feller wasn’t giving priority to the crew. Feller insisted that the fans should come first, refusing to cut the autograph session short. Obviously, the interviewer hadn’t realized that Feller offered an interaction with each fan, not just a quick scribble.

That angered the interviewer, who stormed out of Van Meter. He reported back to the museum administrator, who told reporters that he’d make Feller “a footnote” in Iowa sports history.

Feller, sometimes gruff and always honest, never backed down. The high school sports staff later made up with Feller, who found a new time to tape the segment. Feller wasn’t concerned about furthering his future reputation. He cared most about being hospitable to his own museum visitors, giving that day’s fans their money’s worth. Beyond statistics, Feller was a man worth meeting, an autograph worth cherishing.

Fellow Iowan Bob Feller made headlines last week when he was moved from hospital to hospice care. Soon, the story snowballed into Feller’s reported obituary. Not so fast, news vultures!

Back in the 1980s, I wrote to Feller, asking him if he’d provide me with an in-person interview at an upcoming hobby show.

I included a phone number.

He called me. Collect.

“This is Feller!” he boomed. He quizzed me about my letter, sounding wary.

I told him that if I’d be bothering him, he didn’t need to schedule any time for me at the hobby show.

“If it was a bother, I wouldn’t have called you!” In his conversation, it was all fastballs.

When his obit made print prematurely, I wondered what the straightforward Feller would have said about reporters trying to do him in.

I e-mailed John Sickels, author of a fantastic 2004 biography of Feller. What does he think the HOFer would have said over the misguided media?

“LOL…oh, that’s a good question. He’d probably say something like “I’m not going down without a fight, the Japanese didn’t get me and this won’t either.