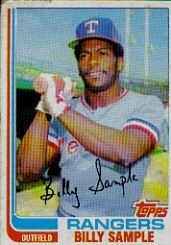 “He answered my letter. He was great. I don’t like sending thank-you notes, though. I thank them in the letter. Is there something I could do?”

Yes. They support us as researchers and collectors. Support their projects.

I wrote about Mr. Sample in the past. He described his career, then told about a movie he wanted to make.

“There are four former major league baseball players in this college frat-like, strongly R-rated, satirical, baseball clubhouse comedy …http://www.amazon.com/dp/B013ZJ4FOO… … Reunion 108, through Amazon and/or through the movie’s IMDb page, can now be ordered for rent or purchase in standard definition in addition to the established DVD availability. We actually have HD-Blu-Ray capability, but this particular Amazon aggregator, didn’t offer that option. There is another one that does, but in all honesty, the movie was shot on the Red Camera and that was the best definition available, and is of exceptional quality …”

Check the movie out. Write him and tell him that you watched it and liked it.

That may not be a standing ovation, but it’s close.

What if the roles were reversed? What if the player offered a standing ovation for YOU?

I’m grateful to share this fascinating note from Gregg Kersey. I first wrote about Gregg and his Phillies collection back in October.

“The reason I was writing to you was that as I have been talking to Billy over the pasts few weeks, something ironic occured and I think somehow you need to pass the message on to all your TTM readers.

Billy said he has kept letters from fans in a box that he found were nice sincere letters from fans.  Long story short: in this box was a handful of letters was one I had written him in 1998.

So everyone in this hobby should remember you never know where your hobby is taking
you so be sure you are honest and sincere with the players because, according to Billy, they can smell the fake BS letters. In the end, if not sincere, it may bite you in the ass.

Coming Tuesday: Can you prove you’re a REAL fan in your letters?

That’s what makes Billy Sample’s off-road adventure the stuff movies are made of. You see, the well-traveled announcer has written a baseball movie called Reunion 108. His credits, “Screenwriter, producer, co-director,” may not fit onto one baseball card.

In a free-wheeling e-mail interview that gives a great glimpse into moviemaking and life after baseball, Sample wrote: “I was selected Most Versatile of my senior class in high school, I’m trying to live up to it.”

Here’s other hits from our e-conversation.

Q: Were you standing in an outfield one game thinking, “Soon as I retire, I’ll write a movie about my baseball experiences”? When did this idea find you? How much time did you spend writing the screenplay?

A: My first game in the outfield was at old Arlington Stadium and I was overcome with fear because anything hit to me in left field would travel into the lights. That stadium and old Memorial Stadium in Baltimore were the worse and naturally I would lose a ball in each stadium that would costs the team a ballgame, and I also broke my wrist because of the large, low row of lights (in Arlington).

However, you asked about the script-screenplay-movie, and no, though I enjoy writing, I never thought about chronicling my baseball experiences while playing. I had written a ‘book’ about twenty three years ago, and though it was received well by an editor at one of the large publishing companies, when the script was sent upstairs, the conclusion was that I didn’t have enough name recognition. I thought I could make up their investment in my hometown alone, but I didn’t get the chance to present that rebuttal. About the screenplay, I had notes around the house for quite some time, so when it was time to put it together, it didn’t take long.

Q: How much time during your playing and announcing career have you spent watching TV and movies? What’s been your opinion of baseball films…seeing that REUNION 108 makes mention of BULL DURHAM in its synopsis?

A: Well, the screenplay Reunion 108 is an edgy, satirical, R-rated comedy with parody (a lot like me). It was nominated and took home top honors at the Hoboken Film Festival this past summer in the unproduced screenplay category.

My top baseball movies are: League of Their Own, Eight Men Out, Bull Durham, Pride of the Yankees and 61* … I appreciate authenticity

Q: How many teammates and foes know about the movie to be? What’s your answer for the former players curious about whether you’ll be basing any of the movie around their own adventures on or off the field?

A: My former teammates, who know me at all, know that I’ll take bigger secrets to the grave than anything they’ve done. I used the entire landscape of major and minor league ball as my mosaic, and if the stories aren’t universal, then the specific ones are traceable to no one but me, and I’m not talking (well, aside from the screenplay:-) Word may have filtered out to a couple of former mates, but it would be just a few … I most often thought of my Double-A Tulsa team when honing the logistics and makeup of the script, though very little, if any, involved their exploits. 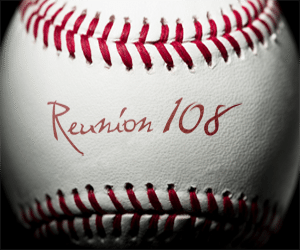 Q: When will the movie be cast? What’s the timeline for production, until us eager fans of yours get a look?

A: At the moment, our tentative schedule is to hold a casting session in New York later in February and start shooting in mid March … we will show clips on the website as we move along in the shooting … I conducted a casting session in my hometown of Salem, Virginia in December. The movie will be shot there and in the NYC area.

Q: One of the coolest parts of this story is that you’re doing this movie with your son’s involvement. Tell me about him, please!

A: My oldest son, Ian, who has spent the last five years in Japan playing football (yeah, right, who knew they played football in Japan?) is working on his third screenplay. He has penned a beautifully creative romantic comedy titled, Wingman, that we’re hoping to package in the near future. Anyway, he helped me immensely in structuring my script into proper screenwriter’s form and is co-producing with me. We have formed a production company, Carms Production, ostensibly to warehouse our scripts.

On his way from Chiba to Ireland to meet his mother for the mother-son vacation he had always wanted to share with her, he stopped in Switzerland to research William Tell at museums outside of Zurich for a reference in one of his scripts. No, he is not shooting an apple off my head.

If I make any significant money off Reunion 108, I hope to make this my next project. Mrs. Harmon just turned 98, after that, then the Reunion sequel … fingers crossed.

Q: How can collectors spread the word or help?

A: If anyone wants to own a non-management piece of the movie, I’ll leave that avenue open (thousand dollar minimum). I’m trying to shoehorn an ambitious shooting schedule into a SAG ultra low budget (everything, including cast, crew and post production under two hundred thousand dollars) We are shooting on a red camera or red epic camera, which I had to have after watching more independent films over the past few years than I’d care to admit, and our co-director, cinematographer, James Suttles has grown up capturing the beauty of his home area in western North Carolina, near Asheville, thus, it should have the quality of a major motion picture on an independent film’s budget.

Q: Movie or not, people still write for your autograph?

A: I’m twenty-six years from the last time I grounded to short, and yet, I still get about five to seven autograph requests per week sent to the house. It doesn’t take long to know who is sincere with their comments and who is just reciting stats. I generally respond according to the theme of the request, and though not particularly prompt, I will almost always return the requests with a signature. Sometimes requests, especially if it’s involved, may get lost in my dungeon for years. I found one once that was over seven years old, I sent it anyway, not my fault that the person moved within those seven years:-)

I considered signing autographs as part of the entertainment package, but would never admonish a player for not signing, generally people have their reasons, plus I think it’d be a tad boring if we all were alike:-) Oops, an addendum, I hate signing something for free and then see someone selling it on eBay, though I have to keep in mind that often at card shows, in which I’m getting paid, I might have signed extra cards/pictures to a promoter, who may in turn, try to recoup his or her costs by selling them online.

Q: Thank you. People read my blog are collecting fans. Yes, they like autographs. However, they’d gasp if you called them DEALERS. Your thoughts?

A: I think most are like this, but I recognize some of the ‘dealers’ and occasionally, I’ll let them know that I know they are dealers.

A huge standing ovation to Gregg Kersey for suggesting this feature. Most of all, I’m grateful to one Billy Sample. I hope we’ll see likenesses of him on the silver screen soon, as well as his witty insights on team broadcasts even sooner. The Mets called dibbies on him. Some team is bound to shine if Sample is mikeside in 2012.

Billy Sample is insightful, humble and FUNNY! Any team should dash to get him in their broadcast booth.
I know his movie will be the same.

I looked at the list of his first Texas teammates this week to choose who’d get my next 10 letters. My latest mailing includes questions to:

“Coming soon to a theater near you…”

Coming Friday: Former Ranger/Brave/Yankee Billy Sample shares the inside story for Reunion 108, a baseball movie he’s written and is producing. For more information, check out www.reunion108.com.