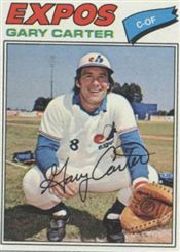 It was long enough to see a bus load of talent headed to Montreal.

“In my one year of managing in the Expos system, I was the first manager of Joe Kerrigan and Tony Bernazard. I also coached Gary Carter, Ellis Valentine, Warren Cromartie, Bombo Rivera, Barry Foote and Steve Rogers.

What about that future Hall of Famer in the bunch?

“Gary Carter…you could tell in Double A that he was going to be the Expos catcher. He had all the tools.

He became a good friend of our family and broke our hearts with his passing.”

Coming Thursday: Hits against TWO Hall of Famers? Damaska did!