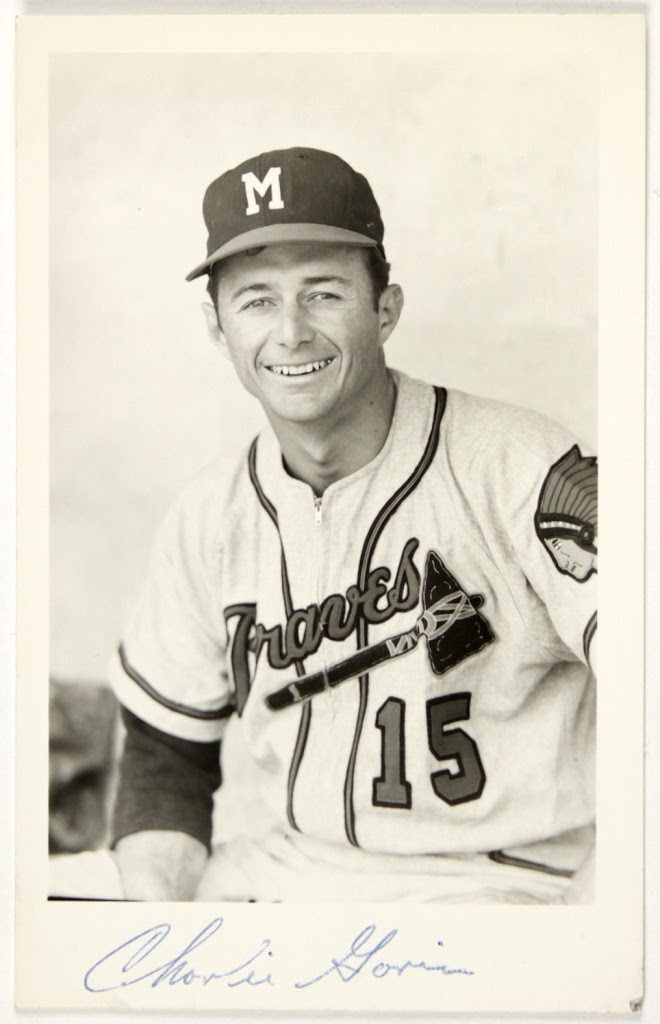 Nevertheless, pitcher Charlie Gorin counts his time with the Milwaukee Braves as forgotten.

In a fascinating reply, Gorin started from the beginning of an eventful career and life:

Your questions take me back a number of years. After getting out of the Navy, Aug. 8, 1946, I attended the Univ. of Texas. There I tried out for baseball and made the team. So baseball lasted for me from 1947-61. That’s a long time to remember in detail a lot of my experiences — for me, anyway.

I played four years in college — signed with the Braves in 1950. Played two years before being called back into the Navy. I served this time in the Naval School of Pre-Flight in Pensacola, Fla. Then went back to baseball again in 1954 with Braves (Mil.)

I did play baseball this tour of duty as well as instructing classes in swimming, water survival, pistol range and conditioning work.

My playing time was so limited with the Braves I actually have forgotten about it. Most of my playing was in the Minor Leagues during which I had some good years. Five pennant-winning teams and eight All-Star teams.

I really can’t say which players went into education back then. At that time, baseball leagues went from Major Leagues, AAA, AA, A, B, C and D. I never heard of any instructional league at that time. If you were playing well, no manager wanted to mess you up.

I enjoyed my years in baseball and look back to some good times and friends. In high school here in Austin, I coached baseball and football for 20 years then went into administration — ass’t principal.

That’s about it for now. Your letter did take me back and think of some good times and good friends.