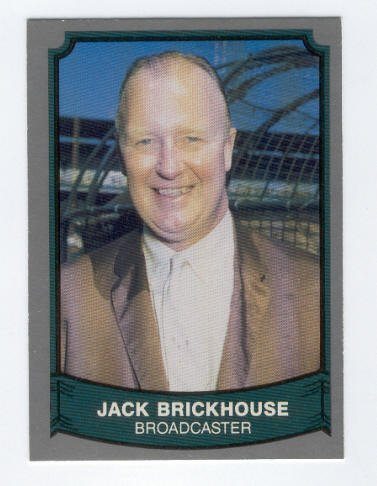 The best baseball letters I receive redefine eras. The most memorable missives are more than punchlines, answering trivia questions such as “Toughest hitter? Hank Aaron.”

By the 1970s, when I was watching the Cubs via WGN-TV syndicated broadcasts, Brickhouse seemed quite low-key for me. Later, compared to Harry Caray, my memory of Brickhouse turned into a cold bowl of oatmeal. The difference? Brickhouse loved the Cubs, too. However, he kept on being a reporter (instead of pure cheerleader).

Brickhouse started on radio in 1934. He started at WGN in 1940. Brickhouse did EVERYTHING — not just baseball. He is a Radio Hall of Famer. Likewise, he appreciated that Nye brought an unusual perspective to the game.

“In 1967, the Cubs had the typical mix of old and young. Along with myself there was Ken Holtzman, Joe Niekro, Bill Stoneman, Gary Ross, Alec Distaso, Frank Reberger and maybe a couple of others who were vying for a place on the team. We were led by crusty old Leo Durocher, who had little regard for a college-educated player.

We were, however, well accepted by the media and especially Jack Brickhouse took a shine to me and had me on his show several times. He wanted to talk about my days at Cal in the 1960s when the student body was in an uproar. He knew he would get an articulate interview.”

I learned about DOCTOR Nye’s second career in this fascinating 2008 Sun-Times blog post.