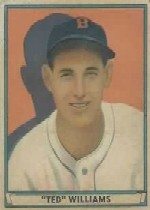 Broadcaster Bob Wolff excelled as a journalist, maintaining objectivity while enjoying friendships with players. That tightrope walk worked even with Ted Williams. Without Wolff’s intervention, Williams may have become the first silent star, a 1950s predecessor to Steve Carlton.

“Ted Williams was an individualist — and such a great hitter that, when he took batting practice before a game — players on both sides would pause what they were doing to watch him in action. If he didn’t do well, being anxious to perform well, I let him cool off before making a connection with him. When Ted got into a problem in Boston and was booed there for criticizing some press members and fans, he vowed never to do another interview. He had promised me that he would go on with me in his next trip to Washington and I mentioned his promise to him when he came to town.

‘Ted,’ I said, ‘you promised to do an interview with me, but as a friend, I’ll forget that if you want to back out. You see, my job, if you go on, is to ask you about the incident in Boston. That’s my responsibility as a reporter. If I don’t do that, my management will get on me for not doing what I should do. But as a friend, I’m giving you the choice to back out — so it’s up to you.’

Ted said, ‘I’ll be there with you and ask anything you want.’

Ted did the show, said he felt remorse about his actions and said he had exploded because some of his critics had given untrue versions of his good relationship with his team. he concluded his interview with me by saying, ‘and Bob, I’m delighted to go on with you because you’ve always been so fair to me.’

I think today’s journalists, if they took the time to understand him, would have received the same treatment. He was a likable guy who loved speaking baseball, not controversy.”

I can’t wait for Wolff’s new book: Bob Wolff’s Complete Guide to Sportscasting: How to Make It in Sportscasting (With or Without Talent) 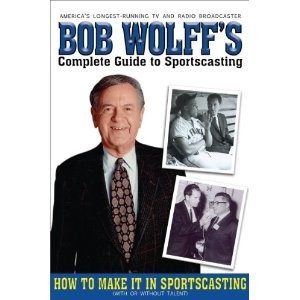