Who didn’t see the famous handwritten two-page letter from 2015?

Alex Rodriguez apologized to fans. And the world, it seemed!

Seeing him on FOX doing World Series commentary, I thought the world had forgotten his letter, as well as all baseball letters.

My Google hunt seemed to reinforce that belief.

Here’s a couple of hints for any collector/fan/researcher wanting to find news update on baseball letters:

Until you start receiving your own replies, there are inspirational reminders hidden throughout the Internet. It’s possible to get first-person insights from baseball history makers. If others have, you can, too! 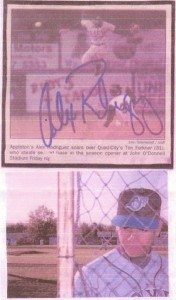