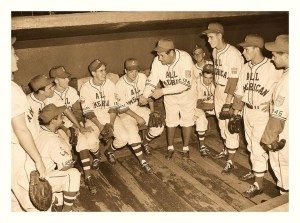 1 thought on “Hello, Babe Ruth: Telling the world about autographs”