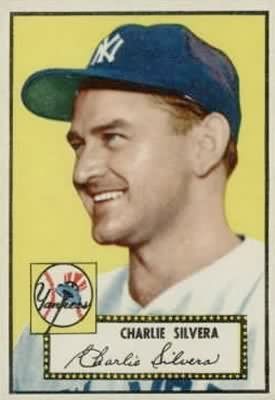 I’ve heard from all kinds of autograph collectors, including the position hobbyists. So, here’s some updates about four names linked by job, a quartet of guys making news the hobby right now…

Applause and thanks start with collector Dan Brunetti. After two Return to Sender (RTS) rejections from Bob Boone, in care of the Nationals and later his home address, Boonie signed. I’m thinking Dan scored c/o the team.

Time is dwindling on attempts to get members of the 1950s Yankees dynasty teams. Nick Diunte, one of my favorite baseball writers, had to wait more than a year to get backup catcher Charlie Silvera, now 88. Read how Nick kindness moved the Yankee. Meanwhile, let me cast my vote for an always-worthwhile read at Nick’s “Baseball Hapenings” website.

Also, I wanted to share Ron Martin’s great summary of the career of just-deceased catcher Matt Batts, who did sign for me once. Thanks to Ron, an inspiring Reds fan and collector, noted:

“I guess that you may have heard that the former Red Matt Batts passed away this week.  He was 91 years old.  He was better known for his baseball exploits as a member of the Red Sox and Tigers’ organization but he finished his career in 1955 and 1956 with the Reds.  He was  one of Satchel Paige’s first catchers and also caught the second of Virgil Trucks’ two no-hitters.  He was also the catcher when Jack Harshman set the all time White Sox record of striking out 16 batters on July 25, 1954 against Ted Williams and the Boston Red Sox.”

Lastly, I wanted to weigh in on what seemed like an upbeat story about a retiree deciding to charge for TTM autographs. Catcher Mike Fitzgerald (1983-92) is wanting $5 for signing each baseball card, $10 for balls and other larger items. The note from baseball address king Harvey Meiselman said that the money would be used to pay off a son’s student loans.

Well, upon closer inspection at www.sportscollectors.net shows that the one-time Met and Expo hadn’t returned any requests since 2011. Collectors who’ve waited more than two years for a reply have gotten a letter from the son, indicating that, upon payment, he’ll see that his father signs the cards promptly.

In a way, it’s like a ransom note. Will peeved collectors who’ve written off Fitzgerald as a lost cause bite? Years ago, the ex-catcher sent out autographed Christian testimony cards as bonuses. Now, it’s easy to wonder if even his son and money will keep him motivated to sign.

1 thought on “Bob Boone & More! Catching Up With Catchers”