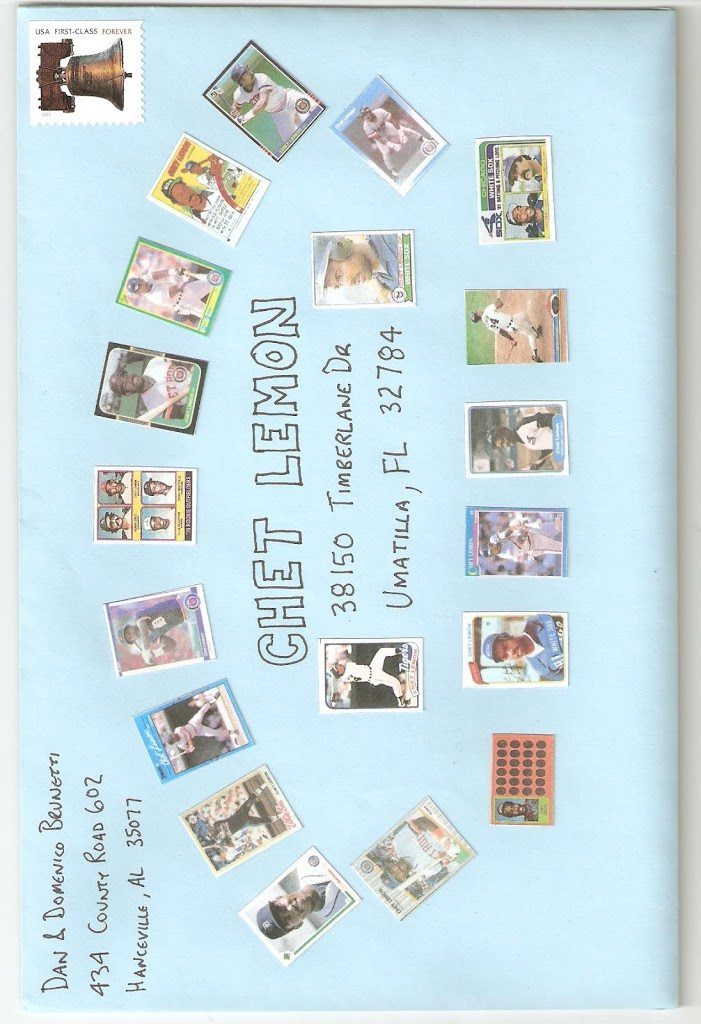 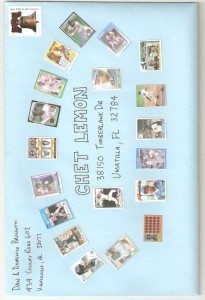 For many autograph collectors, it’s about the GETTING.

For others, it’s the GIVING.

That hasn’t stopped Dan Brunetti and his son.

They decorated an envelope with tiny pics of all 54 of Lemon’s cards. The whole undertaking took more than an hour. Dan’s son wrote the letter. They just want one card each signed (for their Topps set projects).

Dan’s son told Mr. Lemon in the letter that he had a “cool name.”

He’s got two cool fans. Autograph or not, this pair have a classic shared memory that’ll deserve a lasting place in their collections. 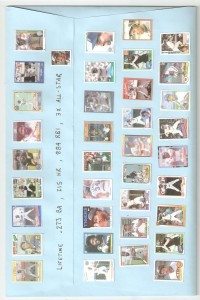