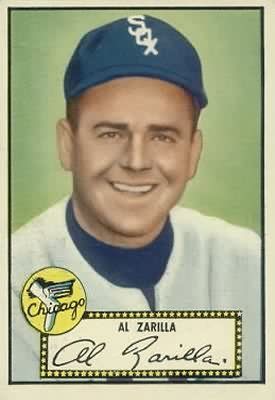 A long time ago, in a galaxy far away…

I was a staff member at Sports Collectors Digest.

One staff member had attended a hobby show event in Hawaii. He was muttering about a question from former outfielder Al Zarilla.

He asked the hobby insiders how much more the card would be worth once he autographed it.

To the SCD staffer, he imagined only the lessened value. This pundit told Zarilla HIS truth, that the card would be worth less.

I never knew if Zarilla believed it. Sure, “mint” is a subjective term. Was the card untouched or unaltered by human hands through the years?

To Zarilla, the autograph was a gift. Like the prize at the bottom of the cereal box. Only 1990s collectors who reached the retiree by mail in Hawaii had a chance at his signature. A company could make tons of cards. Only one man could sign “Al Zarilla” and mean it. Like an artist and artwork, the autograph was something he had created for someone. He saw true value in that.

I second that emotion, Al.

3 thoughts on “The Gift Of Al ‘Zeke’ Zarilla”