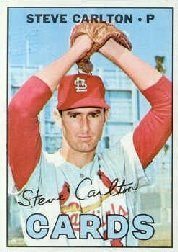 I’ve never been good at footnotes.

My aging memory seems to recall a tale (or urban legend?) in which non-signing Steve Carlton was asked for an autograph by a young man in a wheelchair. Carlton’s teammates urged him to sign.

He agreed, only to watch the fan leap from the wheelchair, laughing at the deception.

If true, I’d claim such duplicity wouldn’t be as bad as deceiving someone with a written autograph request. (Unless someone produces incriminating Youtube footage…)

Think about it. Whether by e-mail or by U.S. Mail, there’s a trail of evidence. One shady letter could be the smoking gun that a reluctant autograph giver would need to shut down the giving (or set up a stiff fee schedule for signatures).

This scam from 2011 wasn’t limited to baseball autographs. However, the ramifications of future fiascos could cause an organized pushback against collectors. Don’t bend the truth about subscribing to a Tigers newsletter, being an admiring little kid or any other tale you can’t back up. With the Internet, former players could Google our behinds as fast as we research them.

2 thoughts on “How Far Would You Go For An Autograph? The Hobby’s Future Is At Stake”