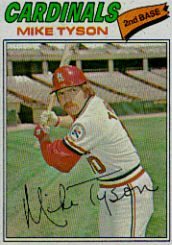 After the Cardinals overcame the Milwaukee Brewers Sunday, my thoughts turned to Todd Worrell. When he took St. Louis by storm in 1985, I wrote him. And wrote and wrote and…

He’s signed for many, according to http://www.sportscollectors.net/. However, in recent years, he’s been a man on the move. Some collectors have collected nothing but RTS returns, unable to find a current address.

I think I’ve located him. If St. Louis can have a storybook season, why not me? One more try!

I wondered if other former Cardinals will be by their TVs, too, hoping that their former employer gleans October glory once again. I wanted to devote my current crop of envelopes to St. Lou alums.

My other letters this week are headed to: