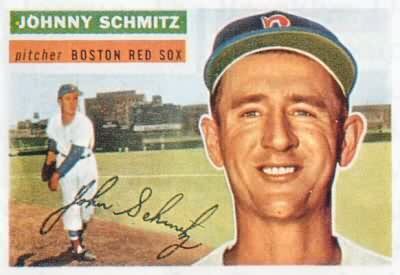 I appreciated the obituary from his hometown paper in Wausua, Wisconsin. People there noticed him not just as a former major leaguer. They paid attention to him being a barber shop regular. He remained a part of the community after his baseball days ended.

He had signed 182 out of 190 requests, according to http://www.sportscollectors.net/. Collectors state that he’d send extra cards or photos in his own envelope, with his own postage, to reward the best letter writers.

Schmitz wrote me a great reply, which I shared in this 2010 feature.

If there are any 80-somethings on your hobby radar, take aim now. So many from that generation still have an unimaginable appreciation for today’s fans. Write to them while you can.