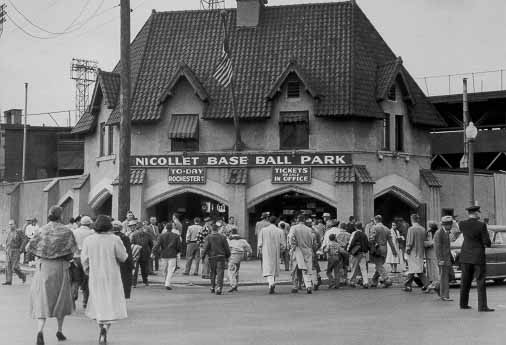 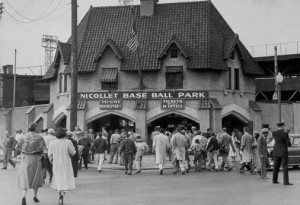 “What time will you be home, son?”

“That depends on how many innings we go.”

A decade ago, I tried tracking down all Minnesota-born baseball players. I found Don Wheeler, oddly nicknamed “Scott.” I asked him about his start in pro ball as a Twin Cities boy before there were Twins.

Talk about the summer job of your dreams! Playing for pay before adoring hometown fans?

Nevertheless, Wheeler wanted to note his pride at one year in the majors.

“It was a great experience to play for the White Sox in 1949. In those days I wish the pay could have been what it is today.”

Wheeler became part of a baseball tradition in Minneapolis. Author Stew Thornley documented the team’s rich history in his pioneering book On to Nicollet: The Glory & Fame of the Minneapolis Millers

In his book and inspiring website, Thornley notes that 15 future Hall of Famers wore the Millers uniform.

I’d guess that Wheeler, who died in 2003, prized that White Sox memory to the end. He stuck with the organization, never to see another day in the majors after 1949. The White Sox released him at the start of the 1956 season.