I wish you, on what seems the last guaranteed day of summer, more “happy” and less “labor.”

In case you missed it, please take another look at the words from U.S. Marine Tony Moore. Autograph collecting through the mail could be a whole lot harder.

I’ll never forget the thrill of being an elementary schooler who realized that past and present major leaguers might care who I am and what I thought. Knowing that I could be as good as any fan through the U.S. Mail, and that I could get an autograph as proof that I mattered? Wow!

The chance, the hope, of communicating with baseball history-makers with each letter I send? I can’t imagine any better hobby. I’m grateful to the men and women of our military for their courageous labors, the Tonys of our nation who deserve a family picnic today and an overflowing mailbox tomorrow. Thank you for helping me better appreciate my hobby, and my country.

If your hobby is a labor, make sure it’s a labor of LOVE. 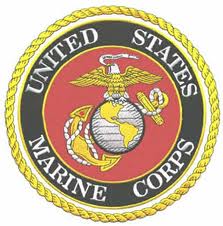 “My address over here is:

I actually have met one other person who works in a different section over here who is interested in sports autographs. He wrote to the Washington Redskins and they sent him a package with a letter and a wide receiver practice ball, which is pretty cool. He collects McFarlane figures and has some that have been autographed. I have given him a couple websites like sportscollectors.net to look at and see if it might be something that he wants to start doing. I will be sure to spread the cards around.

Obviously there are not a lot of things necessary to be able to conduct TTM graphing. Any kind of cards and/or different sports would be fine. Baby powder will actually serve two purposes over here. One for the prepping of cards and the other for personal use. It gets up to about 100 in the summer and then can get quite cold in the winter where I am at. Envelopes that are the peel and stick kind would be great. Most of the envelopes that we have are the lickable kind and as every TTM grapher knows, they leave a bad taste after a while. Stamps are not a real big deal over here. The great thing is that it does not require a stamp on a letter sized envelope to mail it back to the states. We can mail them out for free. You just have to provide the one stamp on the SASE that you enclose with the card. So that helps a lot by allowing us to send double the requests for a bout the same amount of money.

Well thanks for the story. I will continue to look for anyone else who may be an autograph collector or card collector in general.”

Thank you, Tony. Thank you for serving our country. And, thank you for reminding us what a great hobby this is!

We’ve got it easy as collectors. Stamps, paper, envelopes, addresses? No problem.

But what if you had an unusual address? What if cards and office supplies weren’t just a shopping trip minutes from home? I found one such collector, inspirational U.S. Marine Tony Moore. He writes…

“I don’t see a problem with you writing about me on your blog. I have read some of your bloggings. I am currently deployed to Afghanistan. Since 2005 I have deployed three times to Iraq, once on the 24th Marine Expeditionary Unit (MEU) (I was on the USS Mesa Verde), and now Afghanistan.

I collected cards as a child but got rid of all but my Nolan Ryan collection when I joined the Marine Corps. I started collecting again in 2006 after returning from my first deployment. I’m not sure why, but it may have had to do with the birth of my first child, Nathan, and the fact that I wanted something that I could pass on once he got older. I now have two boys, 5 and 2, so I guess I will have to split my collection between them. I started collecting autographs of athletes and celebrities at this same time. So far I have sent right at 1000 baseball requests out and about 500 requests to celebrities and other athletes. I have about a 40% return rate but that is rising as I have learned to research signing habits first.

My special interests are the art type cards such as Allen & Ginter and Goodwin Champions. There is no prep work needed on the cards and they include other aspects of the collecting world besides just the big four sports. Although I have not sent any yet from out here, I will be very soon. I was concerned in the past about keeping the cards in good condition through the mail from here. I have gathered all of my “tools” already. I have been sent some cards by members of Sportscollectors.net and also ordered some from Blowoutcards.com, bought the envelopes and stamps, and am now just starting to write the letters to whom I am going to send. One of the first cards I will be sending is a Goodwin Champions Whitey Ford card of him in his military uniform. Hopefully he will be kind enough to sign for free as it is very hard to get cash to include as a donation over here. We use debit cards and cash cards here. I am having the returns sent to my house because I do not want any to get lost in the mail, so we will have to wait to see what my success rate is.

As far as what fellow collectors could for other collectors who are deployed. They could always send us some cards or envelopes. I have had a couple people send me 3 or 4 packs which is just enough to help the craving. The biggest thing is not to forget that we are still out here doing our jobs and putting our lives on the line. The wars in Iraq and Afghanistan have been quite taxing on our military, our families and our country and sometimes people tend to forget that. So if you see a service member in uniform or know of one, let them know that you appreciate the sacrifices that they have made. It still feels good to hear it every now and then.

I’ll be finding out more about how to get Tony and his fellow Marines some hobby care packages. I’ll share the how-to details here. They’re giving us their very best. In return, these all-star Americans deserve nothing less.