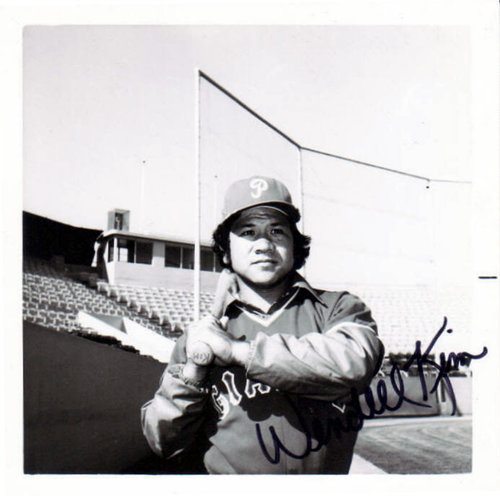 Fans of the Giants, Red Sox, Expos or Cubs would know the name.

Because he wasn’t a regular in card sets, Kim never topped want lists. A check at www.sportscollectors.net revealed that only three attempts were recorded. He returned all.

Kim’s last response was in 2007. Recently, his wife has been sharing the bad news.

Only 62, Wendell Kim is coping with Alzheimer’s Disease. He’s been in a care facility for three years, unable to sign autographs. Remove him from your baseball address lists, please.

Bravely, Natasha Kim preserves the legacy of her fan-friendly husband at www.wk20.com.

Some of us groan at non-responses. “Why hasn’t the guy signed? What’s wrong with him?”

Other collectors fret over their letters. “What’s wrong with me?” Typed or hand-written? Change the approach?

Sometimes, the answer is c) none of the above.

I’m grateful for what the Kims have shared, then and now.