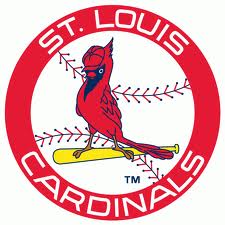 Working for Sports Collectors Digest, I was in the press booth at Busch Stadium. I met Colin Jarrett, the engineer of the Cardinals radio broadcasts.

Realizing how many years he had worked in baseball, I asked him about some of the favorite parks he had visited.

He named some bygone venues. Then, he handed me a small photo album, with photos of ballparks paintings.

“You collect paintings?” I asked.

He snorted. “I painted those!”

Jarrett explained that he had time on road trips, and that this was a good way of remembering.

He told me he gave the paintings as gifts, or donated some for charity auctions. I believe he said that one of his works was hanging in Mike Shannon’s Restaurant.

When I asked if I could write more about him and his stunning works, Jarrett seemed to grow embarrassed. He said no.

How many times did his name get mentioned on Cardinals broadcasts? Try finding out about Colin Jarrett today.

History’s window closes quickly. Get the stories while you can.