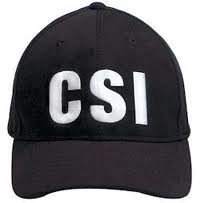 I could imagine CBS creating a CSI show based on baseball autographs.

I read so much hobby intrigue online. Who’s not signing, who’s rude or greedy…

I’ve wanted to avoid submitting evidence each day to further any of these conspiracy theories.

I’ve chosen not to put up scans of letters. “Baseball By The Letters” is about the story, not the signature.

I’m getting replies from elderly retirees. I sense that some of these letters have been dictated to wives or grandchildren. The handwriting seems feminine (translated: QUITE ORNATE) or adolescent. Such as, circles drawn to dot each letter I.

Other times, there’s no signature on the letter. The ex-player is willing to answer questions, but may want to keep the resale value of the correspondence low, withholding an autograph. In fact, I’ve had a few replies that are printed in all-cap block letters, as if a kidnapper is creating a ransom note that can’t be submitted as evidence.

Two bottom-line reasons for not sharing the stories, without scans of the replies? I don’t want to feel like my sophomore composition teacher, who lived for a misspelled word. I get other letters that sound like stream-of-conscious hypnosis. Random words like puzzle pieces that need to be reassembled. My reply from Merv Rettenmund was an example. Several of you weighed in on what he meant, and I translated from that consensus. My favorite explanation from one BBTL reader: “Maybe the phone rang and he stopped in mid-sentence, then lost his train of thought when he came back?”

Don’t forget mystical handwriting. A couple have sent microscopic lettering, due to eyesight issues. Others display the skill of a doctor writing a prescription, almost offering a baseball shorthand.

I write this blog on faith. People who don’t want to share baseball memories won’t reply. I’ll keep sharing the stories I discover, from baseball names who want to be remembered. Let others focus on autograph authentication. My hobby is collecting baseball history.

Tomorrow: From baseball to teaching — who are your education all-stars?