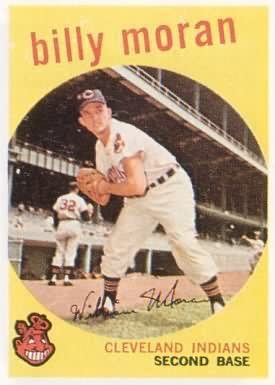 Infielder Billy Moran impressed me. When I asked about three moments in his career, he recapped the whole career. And why not? Telling the whole story lets someone fully comprehend how high the highs (or how low the lows) really were.

“My life in baseball had many ups and downs.

Cleveland never really gave me a chance to play regularly. I almost quit pro baseball twice. Once in 1961 when Cleveland did sell my contract to the Toronto Maple Leafs (AAA). I began the ’61 season with Toronto and made the All-Star team at shortstop. Toronto sold my contract to the expansion Angels in June, 1961.

In 1963, I led the American League for second basemen in putouts and assists.

Yes, it was only an abbreviation. He was an all-star. But his four letters make a real word with a real meaning.