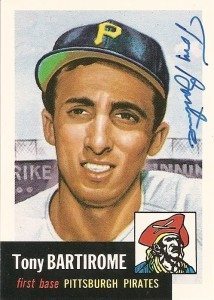 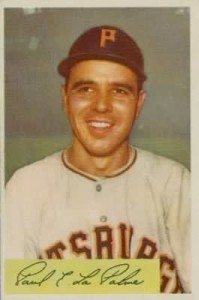 I wrote my first baseball “fan letters” in 1972. Bob Veale was the first major leaguer who ever signed my self-addressed six-cent government postcard.

I believed that every player sat by his locker waiting for mail from me.

Starting in 1974, I found that fellow Iowan Jack Smalling published his collection of home addresses of former players. Hal Naragon, who caught for Bill Veeck with the 1950s Indians, replied when his former boss reacquired the White Sox.

“Mr. Veeck is a good man for baseball,” Naragon commented. “He treats the players first class and he loves to see the fans have a good time. It is very difficult to say how successful Mr. Veeck will be in Chicago. But he has a good track record for developing winners. I’m in his corner.”

“Nice to hear from you. I have a nephew named Tom,” Owens answered. “I appreciate your interest in the Phillies and hope we can meet some day. Hopefully at a World Series game with the Phillies involved. Appreciate your fine comments and hopefully we can do it in 1976.”

Four years early, I knew Philadelphia’s baseball future. I never attended that 1980 Series. I never met “The Pope.” I had something almost as good.

I was a fan who mattered.

Sadly, I joined the ranks of most collectors in recent years. I despaired over “Refused. Return to Sender” rejections. I winced over cup-of-coffee players who demanded cash for their signatures. I stopped trying.

Enough moping on the bench. I’m back on the field. I’m taking my hobby back. I chased signed baseball cards for years. It’s a new season. Now I’m collecting recollections. In the days ahead, I’ll be sharing the baseball memories that are filling my mailbox again.