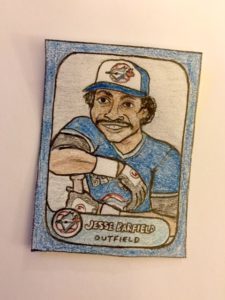 My heart melted when I saw the first artworks of Mike Noren. His “Gummy Arts” sharing on Twitter is a daily delight. He wishes a happy birthday to former players by recreating one of their cards.

I asked for details. Mike responded:

I haven’t gotten any of the drawings signed, and I generally don’t sell the drawings. Everything I’ve drawn for my main website (http://cecilcooperstown.tumblr.com ) is in an envelope on my shelf— I’m not sure what I’ll do with them, but I’m hanging on to them for now. I’ve done a few projects on commission. 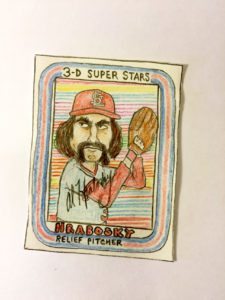 People can reach me through twitter or at mikegnoren@yahoo.com.”

Be like Mike. Make your own rules. Make this hobby your own.