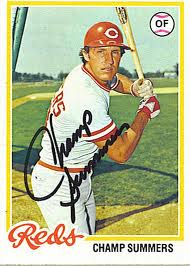 Even after all these years, I get zoned trying to contact retirees in their 70s and above. I pay too much attention to age.

I didn’t move fast enough. He seemed a slow but steady signer, according to www.sportscollectors.net. Of 82 recorded attempts, he responded 71 times. Because of his years as a minor league coach, replies sometimes took a year.

The autographs I’ve seen seem that he wanted collectors to remember him by his nickname. Good luck finding a “John.” Beyond his nickname, we’ll remember.