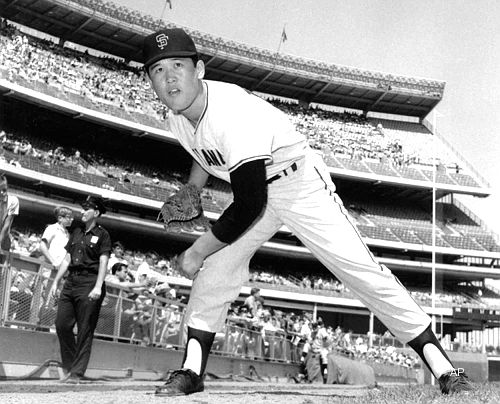 Living in Japan, baseball fan Kohei Nirengi is anything but typical. Approximately, 95 percent of his collection consists of American major leaguers.

He had reached Masanori Murakami years ago, wanting an autograph because of the pitcher’s Jackie Robinson-like fame in being the first Japanese barrier breaker to reach the majors.
Kohei writes autograph requests by hand. Anyone who hears from this collector knows the purpose of the letter:

“Baseball is the most beautiful game.”

Here’s the translation of the response Kohei helped secure:

Q1: Are you a Giants fan?
Murakami: “Of course! I go to San Francisco almost every year. I saw Willie Mays in person last year.  I sent his 80th Birthday gift to him. Mays’ and my birthday is May 6, but he is older than me by 13 years.”

Q2: I would be interested in hearing of your favorite memory of your U.S. playing days.

M: “Willie Mays and Tom Haller invited me to each of their homes. I still treasure to keep a cuff links which was a gift by Mays. Also I got a chance to talk with Roberto Clemente at a locker room, especially I was impressed by his volunteer works. Lastly, I got a ‘save’ as Marichal hit Roseboro over the head with his bat  and then we had a brawl against the L.A. Dodgers at Candlestick Park.”
I asked the humble Kohei if he was prepared for other collectors clamoring for his skills.

His answer? Kohei has contacted Murakami again. Kohei’s charities of choice have been his local animal shelter and Japanese organizations aiding tsunami and earthquake survivors. He’s asking the fabled pitcher what charities he supports, in hopes of the two of them combining on a private signing to help causes they both favor.

Kohei assures me that BBTL readers will be among the first to learn of the details of how and when such an opportunity could happen. Please, add a comment below if you’d be interested in Murakami’s autograph while aiding Japanese charities.

Coming Monday: Do all TTM collectors include a SASE? What happens when someone doesn’t? Diamondbacks pitcher and collector Brad Ziegler explains.