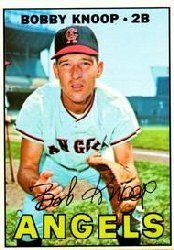 When Bobby Hoeft told about conducting a Baseball Chapel that included the 1970s California Angels, I knew the first team of 2012 that I’d be contacting.

When I received such pleasant reports about Nolan Ryan from former skipper Bobby Winkles, it made me think of a different crew of Angels. Not the many free agents that owner Gene Autry gambled on, but the supporting cast of the 1960s now overshadowed by California’s lavish contracts. Think of the 2012 roster. No matter how successful other players are, they’ll all face the initial question of “What’s Albert Pujols really like?”

Here’s 10 overlooked Angels I remembered. I chose to remember them again with a letter. They include: