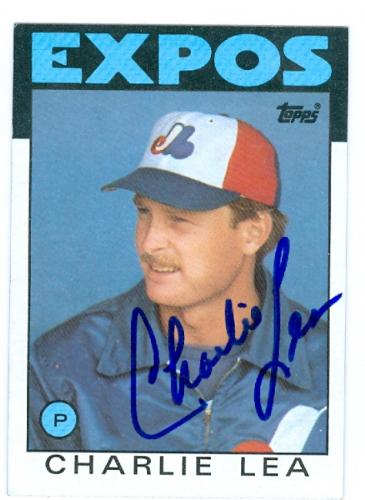 Lea pitched a 1981 no-hitter for the Montreal Expos. He started and won the 1984 All-Star Game.

According to http://www.sportscollectors.net/, the results board logged 119 successes in 134 attempts for Lea. He was signing 88 percent of the time.

When I first began collecting autographs by mail during the Stone Age, veteran collectors suggested I get the old-timers first.

That game plan doesn’t always work. Write to your favorites NOW, no matter what the age.

Coming Thursday: Dick Adams, a member of the 1947 Philadelphia Athletics, remembers the team he managed in the Army and a guy named Joe DiMaggio.