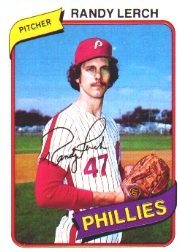 What happened to the 2011 Phillies?

I was sure this team would win it all this year. That’s what prompted me to launch a mailing to nine past Phils. Although none of these men grabbed the headlines that the current crop of players garner, they’re starring as TTM signers, according to the http://www.sportscollectors.net/ response board.

Former Phillies who’re hearing from me include:

Instead of choosing a 10th Phillie alum, I wanted Dan Baker. The PA voice of the team since 1972, he’s seen the team’s highest highs and lowest lows.

Check out the excellent interview with Baker by Joe Vallee at http://www.philly2philly.com/.