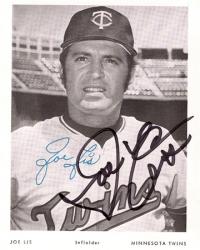 Once upon a time, the Minnesota Twins owned Iowa. My part, at least.

I grew up in Central Iowa. In third grade, my Little League thoughts turned to fantasy.
In other words, “People get PAID to play baseball. They do it six months a year or more!”

I started paying attention. The 1969 Topps set called to me.

That’s when I started noticing the popular kids in school. A souvenir cap. A jacket.
A real YEARBOOK! From Minnesota.

They had dads who listened to all the games. I believed that the Twins were on
WHO Radio, the state’s most powerful station. For many families, the thrill of the 1965 World Series hadn’t faded.

The bow on the package for Iowa parents?

This was a friendly team. From a friendly place. Iowans had relatives in Minnesota.
Those Cardinals and Cubs? Two cities. Scary. Dangerous. The Twins were an easy (safe) drive.

I remember that coach Vern Morgan and shortstop Danny Thompson were booked for a father-son banquet at the local Lutheran church. I got on the phone. I didn’t promise the minister that I’d switch denominations. However, I pointed out that I’d tell all the other kids the new church I visited. We got in.

I got my first of many Twins 4-by-5 black and white team-issued photos. Morgan even fibbed in church, telling some kids that the blue facsimile signature was an autograph! Morgan acted as emcee for the evening, coaxing answers out of the humble infielder.

My allegiance to the Lutherans and the Twins didn’t last. I was corrupted by Cubs, Cardinals and Royals radio and TV broadcasts. My patient parents got us to St. Louis and Kansas City.

From broadcasts and box scores, these are the Twins I remember. These are the 10 I mailed letters to in the past week: