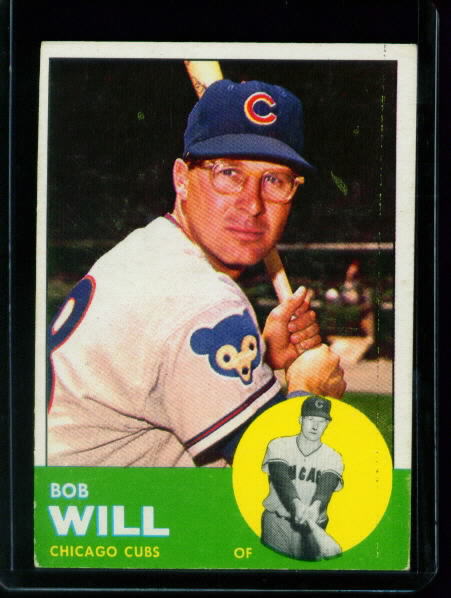 I had the honor of speaking with Bob more than once. I wrote about Bob back in February. Bob wrote multi-page letters to collectors. He spoke of his illness. He told of his plans to write about his career, envisioning a book.

This isn’t football or basketball. There’s no time clock here.

Currently, the score is:

The game isn’t over. Bob left behind a completed manuscript. I’ve seen the chapter describing highlights from his 1961 season. He tells tales I’ve never read anywhere. Tipped pitches. Stolen signals. Cubs fans, prepare yourselves. This man was an all-star storyteller.

Bob didn’t live to see a finished book. However, he retained that famed Cub optimism. This book has to happen. He knew it would. I’ve encountered a whole team of kind, talented supporters, people who’ve offered their wisdom and enthusiasm. The roster who wants this book to become a reality keeps growing.

You can join the team, too. Your voice of support will be heard at bobwill28book@gmail.com.

The Will family is in mourning. There won’t be any immediate responses about publication. Nevertheless, Bob’s legacy will be preserved. No “if.” It’s just a question of “when.” For now, just remember the title Bob selected:

I believe in Bob Will and Nancy Will, his best friend and best teammate of a wife. I believe in baseball.

1 thought on “Cub Bob Will Has Left The Field”