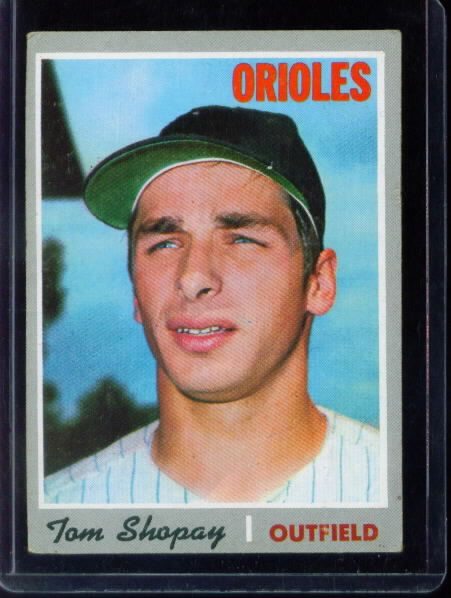 Time to create a new statistic. Jim Bouton gets the first “historical” assist. Okay…save one for Tom House in the Atlanta bullpen when Hank Aaron set homer history (but that’s another story).

Tom Shopay began his baseball life as a New York Yankee. On Sept. 23, 1967, Shopay collected his first-ever home run, off Minnesota’s Dave Boswell at Metropolitan Stadium. Meanwhile, Bouton collected the artifact, negotiating with partisan Twins rooters. I’m guessing that the famous author-to-be served as a horse-trading Santa Claus for more than one rookie in his pitching career.

“The pitch was a fastball on the inner half of the plate. Jim Bouton traded a fan a couple of new balls for my ball. He was in the bullpen.”

(Thanks to www.retrosheet.org for the details!)

Shopay was a Rule 5 draft acquisition by the Orioles, ending his brief time in pinstripes. I asked him to compare the media attention he observed with each team.

“At the time I played, it seemed that you had more newspaper coverage. But New York is New York. The sports writers were always around, and plenty of them.

Baltimore was always doing a lot of radio and TV interviews. They also had the same beat writers that were with you all the time. They were good human beings, too.”