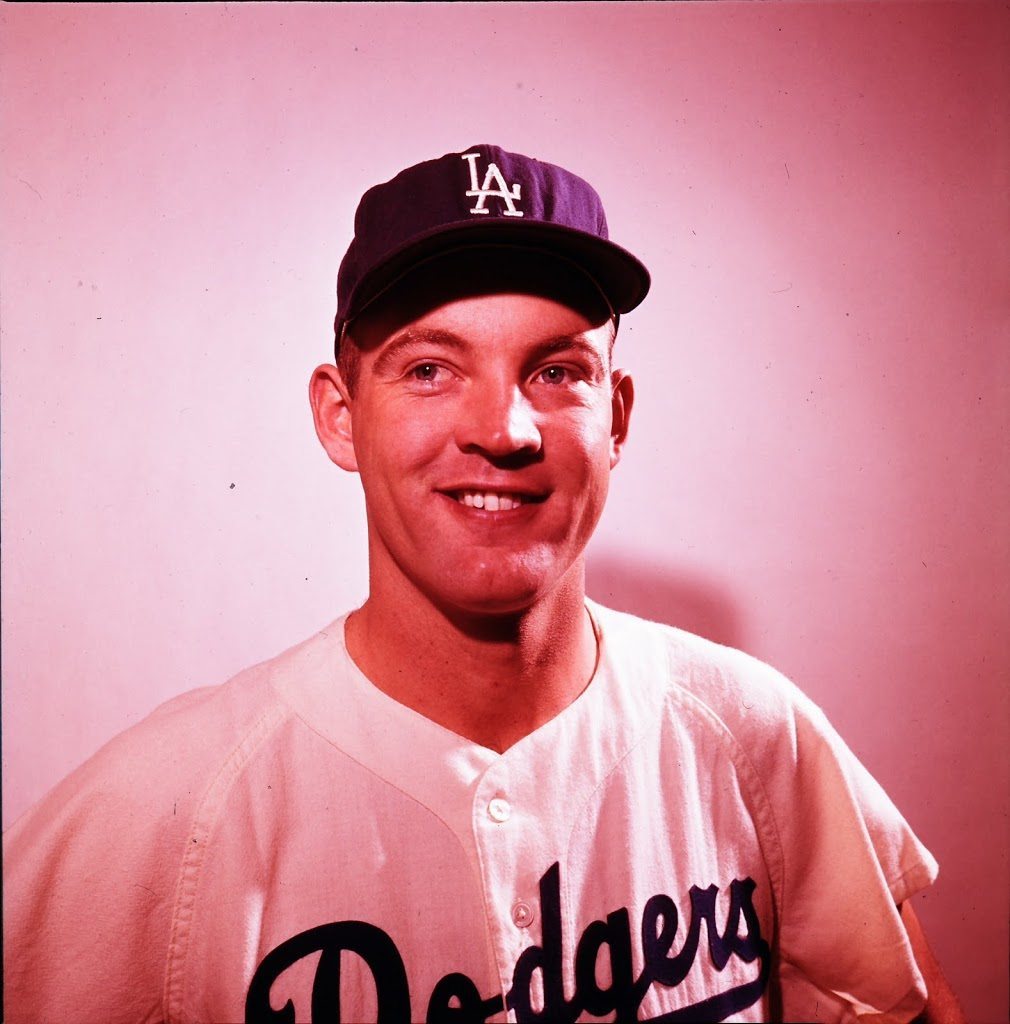 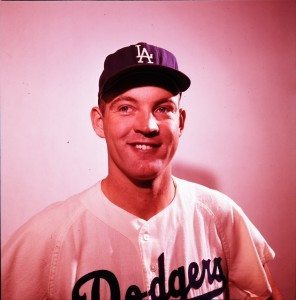 Pitchers don’t hit home runs every day. Stan Williams belted five as a Dodger. He savors one the most, writing:

“FAVORITE ‘HR’ (1st) — Off Sal Maglie (“The Barber”) — known for giving hitters close shaves. It was a night game in L.A. Very hot, due to the Santa Ana winds. I had a 3-run lead, top of 4th and got the first two men on base. I always worked slow, then, but was even slower and more deliberate. Must have taken 20-30 minutes to get the side out. Everyone was yelling ‘throw the ball’ (even my team). At least, they didn’t score. NOW — before I even get my jacket on — Maglie had two outs on 3 pitches. Now then had to wait on me again to take off the jacket and find my bat. Now at the plate, Maglie threw 2 curves, both strikes, then facing home plate, both hands in air, he called ‘time out.’

He then sat on the rubber (facing me), took off one shoe, dumped out the dirt, then repeated same with other shoe. (The crowd roared with laughter.) The next step was for him to threw me another CV for strike three.

When he was ready to pitch, I called time and got out of the box. Ready to pitch again, I stepped out again — now the smile had turned into a glaring snarl. I knew what was coming: the under-the-chin fastball. I opened up and blasted it about 450 feet. Had he thrown another CV, strike three.

Ironically, that made the score 4-0, but after running the bases full speed, I never got out of the fifth inning, so didn’t get the win.

Thanks to Mark Langill and the Los Angeles Dodgers for use of this rare 1960 portrait of Williams.

Tomorrow: Williams discusses his “reinvented self” and his arm’s mysterious recovery after a career-threatening injury.