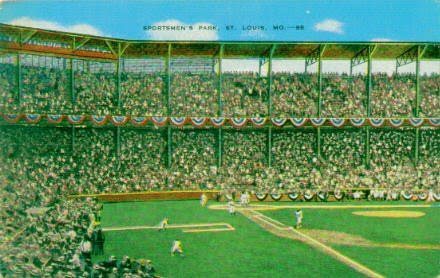 Flash forward 47 years. Will you be able to recall every detail of today?

You might if you were facing the biggest challenge of your life.

I wrote to pitcher Jack Faszholz, asking me for the memory of his first strikeout.
Instead of a shrugged grunt of an answer, he recreated a near play-by-play
depiction of his first major league start. Back in 2000, Faszholz wrote:

My first recorded K: To tell you the truth, I can’t recall the details of that event. I do remember that it was in my first and only major league start, Cardinals against the New York Giants in St. Louis (April ’53).

I walked Davey Williams, the Giants’ 2B and leadoff man; then Giant SS Alvin Dark dribbed a ball down the 3rd base line for a base hit; Henry Thompson (3B) batted third, Whitey Lockman CF; Monte Irvin RF; Bobby Thomson LF, Tookie Gilbert 1B, Sal Yvars C and Dave Koslo P was the rest of the Giant lineup.

I recall that both Williams and Dark scored before I got through the first inning. I pitched through the Giants half of the fifth inning and we were leading at that time, 5-4.

Al Brazle relieved me. We eventually lost that game, 9-6. one thing I do remember about the strikeouts I got that game was that most of them were the result of off-speed (change-up) pitches.

Thanks again for your interest and your letter.

How did the hurler fare in recounting that day? Go to the ever-faithful www.restrosheet.org for the complete account.

Faszholz came from an athletic family. This fun 2008 article documents his family’s other connections to pro sports.